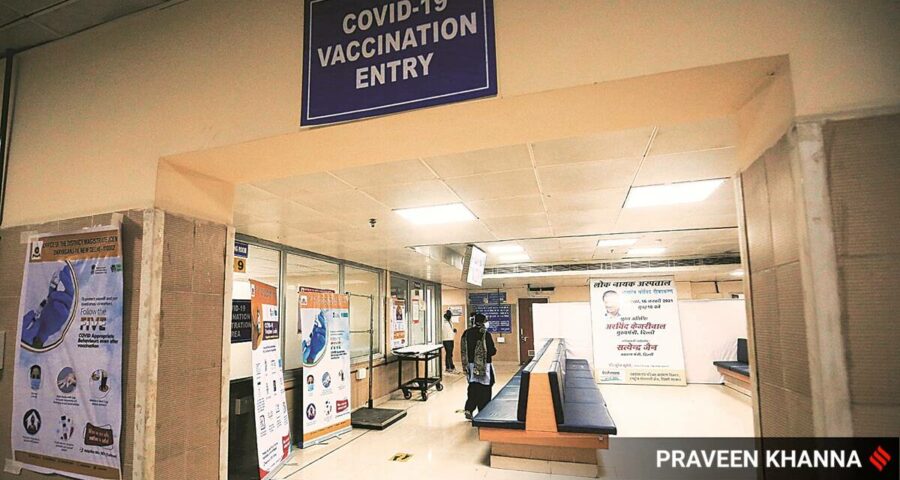 Detailed backend preparations up to the block level have gone into the immunisation drive, taking into account both the experience from India's Universal Immunisation Programme and the booth strategy during elections. 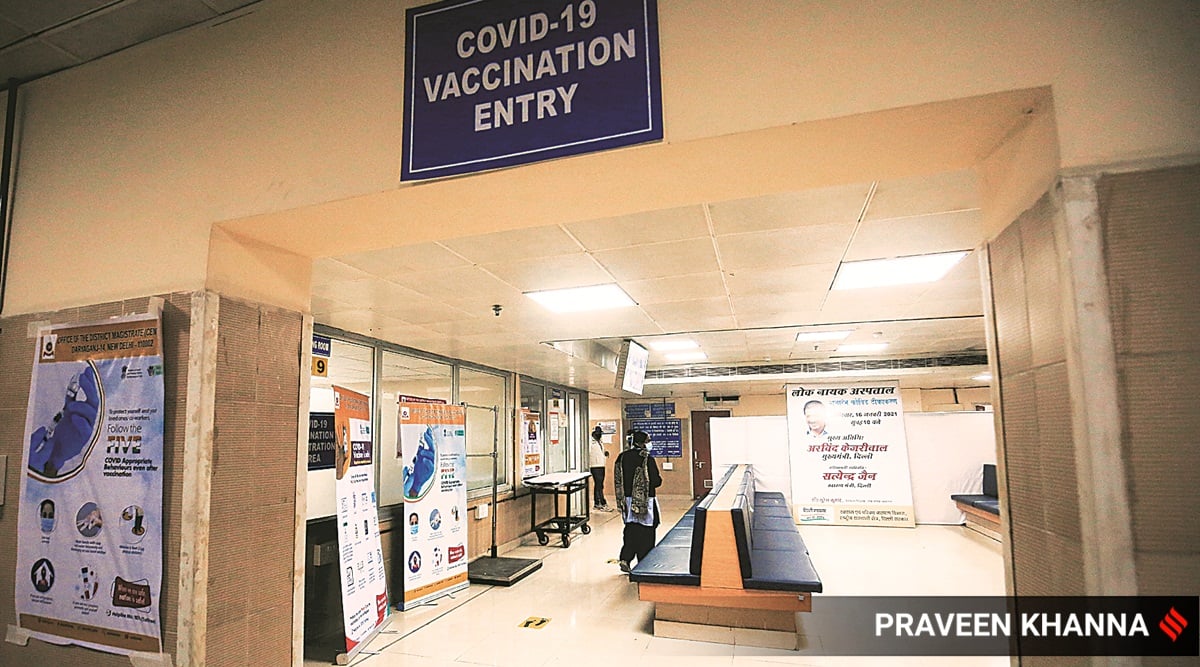 ON SATURDAY, India begins the world’s largest immunisation exercise against Covid-19, which has so far infected more than a crore people and killed more than 1.5 lakh in the country. On Day 1, at 3,006 session sites, around 100 beneficiaries each from the 3 crore priority group comprising healthcare and frontline workers will be given the first shots of Covid-19 vaccines, after the rollout is launched by Prime Minister Narendra Modi.

Detailed backend preparations up to the block level have gone into the immunisation drive, taking into account both the experience from India’s Universal Immunisation Programme and the booth strategy during elections.

A technical support team based in Delhi will operate 24X7 to address any issues related to the flagship Co-WIN platform, which will hold real-time information on the vaccination drive, including stocks, storage temperature, and individualised tracking of beneficiaries. Experts will be at hand on the platform to address everything from technical glitches reported from vaccination sites to any adverse events following immunisation. There is a designated Adverse Event Following Immunisation Management Centre, to which every session site in the country has been linked.

A ‘Communication Control Room’ at the Union Ministry of Health will closely monitor any “disinformation campaign and rumour mongering” regarding the two vaccines to be administered on Saturday — Covishield from the Serum Institute of India and Bharat Biotech’s Covaxin. On Friday, Union Minister of Health Harsh Vardhan reviewed the preparations, particularly the working of Co-WIN.

Health Ministry officials said that Rs 480 crore in all was being disbursed to states for the operational cost of vaccinating the 3 crore priority group, with the share of the respective shares to be decided as per their beneficiary load.

In the run-up to the rollout, the Centre held over a dozen meetings with states. On Tuesday, the states were told to “exercise caution” against “proxies”, by making sure that beneficiaries seeded their mobile numbers with Aadhaar. At the January 11 meeting, PM Modi told states, “It is my request that the real-time data generated during the vaccination should be uploaded on the Co-WIN platform. The states have to ensure this. Even a small glitch can cause damage to this mission.” Jammu and Kashmir and Chhattisgarh, which have reported issues related to connectivity, have been provided with an offline data upload mechanism.

As early as December 1, the first dry run of Co-WIN was conducted in Rajasthan and Telangana. The feedback and inputs received following a review were incorporated in the platform.

On December 22 and 23, the Co-WIN’s SAFEVAC section, which will track adverse events, was tested in Uttar Pradesh; and on December 28 and 29, a dry run was held for end-to-end operations in Andhra Pradesh, Assam, Gujarat and Punjab. Based on the experience and feedback from this dry run, states held at least one session in each district before the actual rollout.

A multi-level governance mechanism has also been set in place to work in the backend: with a Block Task Force to check all the proposed session sites, and a District Task Force to check a sample of the sites. Twenty-three departments, in all, are involved in the planning, implementation, social mobilisation and awareness generation for the vaccine rollout.

The government has held training for 2,360 people at the central level as part of the exercise, including state immunisation officers, cold chain officers. Approximately 61,000 programme managers, 2 lakh vaccinators and 3.7 lakh other vaccination team members were trained at the state level.