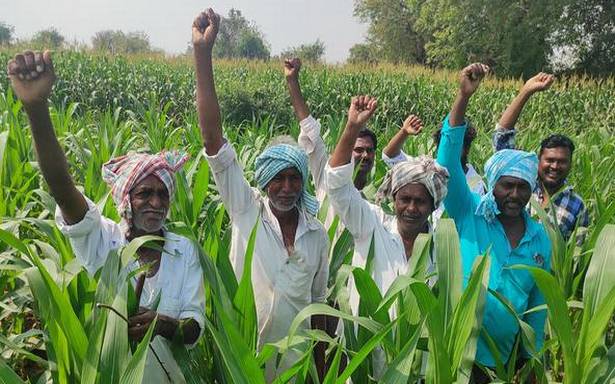 Aggrieved farmers from various villages in Khammam and Kalluru divisions knocked the doors of the Telangana High Court seeking protection against what they called “imminent threat of dispossession” from their agricultural lands owing to the alleged attempts by the authorities concerned to acquire their lands for the proposed Khammam-Devarapalli Greenfield National Highway.

As many as 27 farmers from different villages in Sattupalli, Vemsoor, Penuballi, Kalluru, Khammam rural and Thallada mandals filed a petition in the High Court with an appeal to give a direction to the authorities concerned to refrain from proceeding with the acquisition of their agricultural lands, pending disposal of their writ petition, sources said.

The lawyer for the petitioners contended that the authorities concerned were trying to dispossess the petitioners from their respective lands and trying to acquire their lands without obtaining environmental clearance and without the approval as mandated under Section 3D of the National Highways Authority Act, 1956.

The standing counsel for the NHAI Khammam Project Implementation Unit submitted that the latter had already applied for environment/forest clearance, which is pending with the Central government.

He asserted that there is no immediate threat of dispossession of the petitioners from their lands, sources added.

The High Court on Friday issued an interim direction to the respondent officials not to dispossess the petitioners from their respective agricultural lands and posted the matter for next hearing on February 23, 2021.