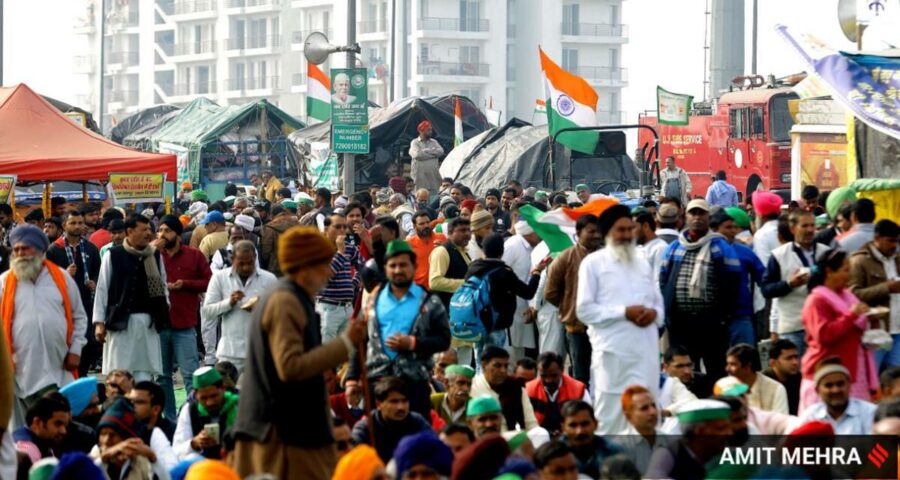 The protests, which kickstarted on November last year, had largely been centered around a few borders of Delhi but post the Republic Day violence, the agitation has found new grounds in Haryana, Rajasthan, and Madhya Pradesh. 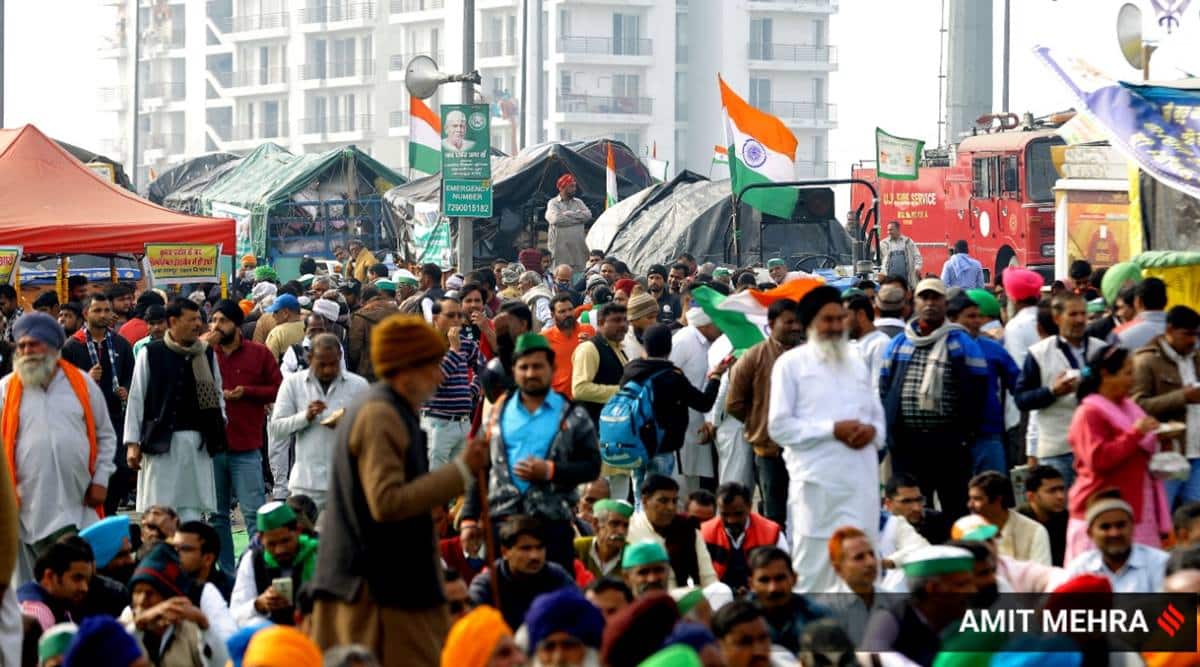 The over two-month-long protest against the Centre’s three new agriculture laws has slowly but steadily stretched out of the borders of Delhi. The protests, which kickstarted on November 26 last year, had largely been centered around a few borders of Delhi but post the violence during a tractor rally on Republic Day, the agitation has found new grounds in Haryana, Rajasthan, and Madhya Pradesh.

The three laws that farmers want repealed are — Farmers’ Produce Trade and Commerce (Promotion and Facilitation) Act, 2020; the Farmers Empowerment and Protection) Agreement on Price Assurance and Farm Services Act 2020 and the Essential Commodities (Amendment) Act, 2020.

These are the places where farmers’ are protesting:

Singhu and Tikri borders in Delhi have remained the epicentre of farmers’ agitation since it began on November 26 last year, populated mostly by farmers from Haryana and Punjab. Several activists and Punjabi film personalities, including Diljit Dosanjh, visited the Singhu border to lend support to the movement. However, the crowds at these borders have thinned after the Republic Day violence and subsequent police crackdown.

The police have erected multi-layer barricades to stop the movement of vehicles at the Ghazipur border. Barbed wire has also been put up to keep off people on foot. 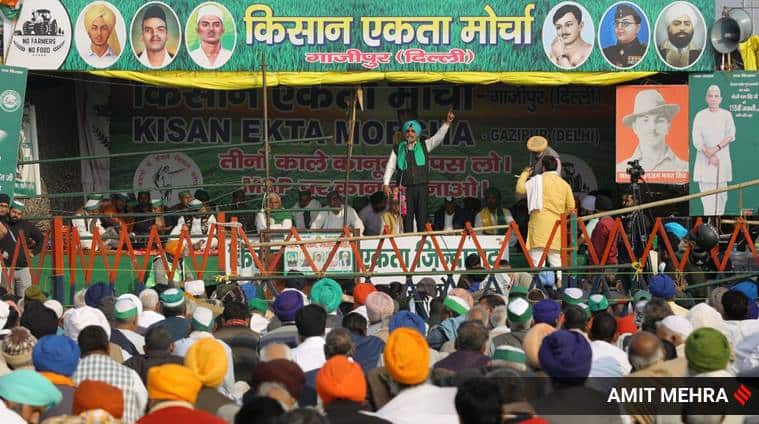 On January 28, the passage between Delhi-Noida at the Chilla border was clear after nearly two months, with protesting farmers packing after Bharatiya Kisan Union (Bhanu), led by Bhanu Pratap Singh, announced that they are withdrawing from the agitation.

Farmers at Palwal, who had been protesting on NH-19 for over a month, decided to pack up on January 28, with leaders citing the low number of protesters as the reason for the decision. Jaswant Singh, one of the spokespersons at the site, told The Indian Express, “We decided to return home, keeping in mind the low number of protesters here. Ours was anyway a smaller protest site than the others… We may come back a few days later, with more tractors and in a larger number.”

The farmers, mostly from Madhya Pradesh, were carrying out a peaceful protest on NH-19 since December 4 after police refused to permit them to move closer to Delhi.

Following administration and internet curbs at Delhi borders post Republic Day violence, the border areas of Haryana have emerged as the hubs of farmers’ agitation. On February 2, thousands of farmers vowed to wage a long battle against the three farm laws at the Landhri toll plaza on Hisar-Sirsa national highway near Hisar.

The farmers also blocked the Patiala-Jind-Rohtak-Delhi national highway at Khatkar toll plaza near Narwana town along the Jind and Hisar-Chandigarh national highway Tuesday to oppose internet curbs in some parts of the state.

On Monday night, the farmers had blocked the Jind-Chandigarh highway at Kandela village for some time.

On Wednesday, February 3, two mega mahapanchayats were held in Haryana. The khap mahapanchayat at Khandela village in Jind district was attended by Rakesh Tikait, who reiterated his demand to repeal the new farm laws.

Other parts of the country have seen sporadic protests and rallies taken out in support of farmers. Though the farmers from states other than Punjab, Haryana and western Uttar Pradesh did participate in the protest sites in Delhi, no new standpoint of farm law agitation could be seen in other states.

On Wednesday, the Samyukta Kisan Morcha, an umbrella organisation of over 40-farmer groups, stated that their movement is gaining steam through organisation of kisan mahapanchayats in Uttar Pradesh, Dabra and Phulbagh in Madhya Pradesh, Mehndipur in Rajasthan.

“Farmers from Rajasthan and Punjab are reaching the Shahjahanpur border continuously. After the atrocities of the government, farmers have again started a dharna at Palwal border. In the coming days, a large number of farmers will reach this site from Madhya Pradesh, Uttar Pradesh and Rajasthan,” the statement read.

The farmers have announced to hold a grand rally at Rajasthan’s Duasa district headquarter on February 6.