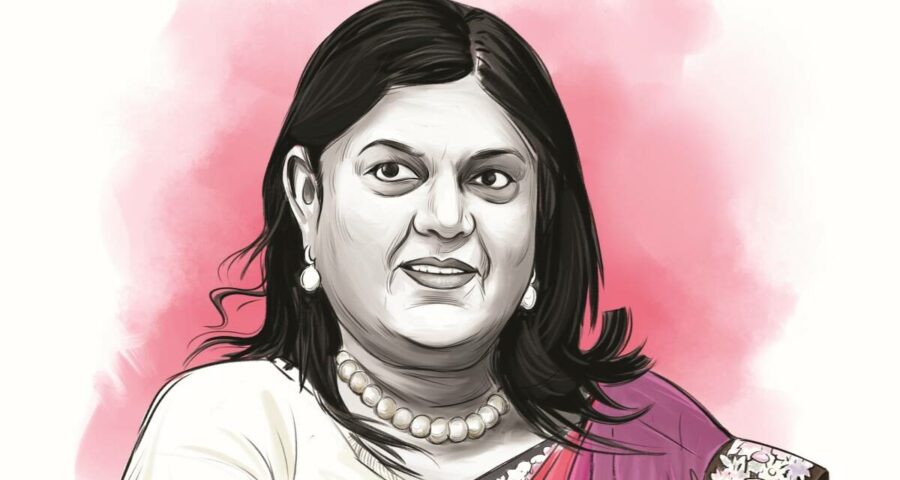 With a worth of Rs 58,635 cr following her beauty business’s market debut, Falguni Nayar has joined India's billionaire club. No one who knows the middle-class Gujarati girl who aced IIM, had a long successful banking career, and then took a giant leap into a new, unknown field at 50 is surprised. 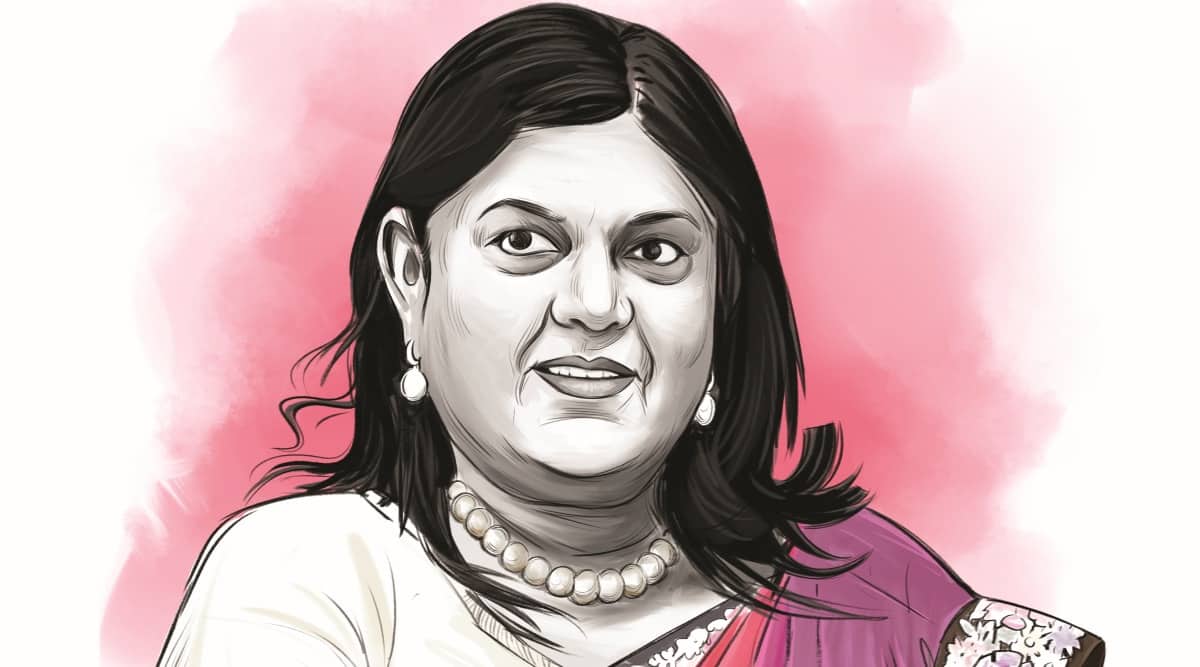 In 2012, when Falguni Nayar decided to quit her high-profile job of Managing Director at Kotak Mahindra Capital Company, she told Kotak Mahindra group chief Uday Kotak she was happy at the company but wanted to do something different. In the book How Uday Kotak Built A Valuable Indian Bank, Kotak recalls her telling him, “I won’t compete with you.” When he pressed her on what she wanted to do, she said, “I am passionate about doing something in Internet and beauty.”

Nine years later, that “something” happened. On November 10, her start-up FSN E-Commerce Ventures, the parent firm of beauty products retailer Nykaa and India’s first woman-led unicorn, made a debut on the stock exchange with its market valuation crossing the Rs 1 lakh crore ($13.47 billion) mark. The net worth of Nayar, who owns around 52.56% stake in the company, surged to

US $7.90 billion (around Rs 58,635 crore), making her the second richest businesswoman after Savitri Jindal of the O P Jindal Group (net worth $18 billion as per the Forbes list).

While Nayar’s decision to float Nykaa at the age of 50, after more than two decades in banking, may have taken some aback, no one who knows her is surprised at her success.

That includes Harsha Bhogle, the cricket commentator, who is her batch mate from IIM-Ahmedabad. Bhogle, his wife Anita, and Nayar and her husband Sanjay were part of the institute’s 1985 batch. Says Bhogle: “Falguni is intelligent, hard-working and fun-loving. She came from a simple Gujarati middle-class business family. She was in my section, and her commerce background meant she was always good at the management accounting courses.”

In the book, Kotak recounts that when Nayar wanted to join her husband Sanjay, former Citibank South Asia chief and now head of the Indian arm of KKR, a global investment firm, in London, he asked her to start the Kotak Mahindra office there. When Sanjay moved to New York later, Kotak asked her to do the same in the East Coast city.

Nykaa was a complete break, with Falguni Nayar starting the firm whose name means ‘heroine’ in Sanskrit with no experience in the beauty business or in retail.

The opening was there, with India projected to become a Rs 1,98,100 crore beauty and personal care business by 2025, with a growth rate of 13% year-on-year in the past three years. However, as Nayar pointed out on Nykaa’s stock market listing day, it was “a giant leap of faith”, to build a platform “which at the time had few believers and many naysayers”.

Nayar set out by focusing on the 25-35 age group, “the most active BPC (beauty and personal care) buyers”, and concentrating on social media. Nykaa’s strategies included engaging beauty “creators”, influencers and celebrities, plus maintaining a presence on social media and within the peer-to-peer multimedia community. As of March 31, 2021, it had a network of 1,363 influencers, including Generation Z trend setters, beauty, fashion and lifestyle bloggers, makeup artists and celebrities.

From an online store for multiple beauty and fragrance brands, Nykaa branched into own fashion products, then an in-house beauty range. Its first physical store was in Mumbai, called Nykaa Luxe. Now it has 73 of them, in three different formats, across 38 cities, and has a portfolio of 1,500-plus brands. Nayar heads a team of over 1,600.

At the listing ceremony at National Stock Exchange, Nayar said: “What has worked for us from early on is the relentless focus on a few key pillars — doing right by our brand partners, developing the art of retailing focusing more on creating customer delight than in conversion, and all the while building the business sustainably.”

Nykaa’s growth, by its own admission, also coincided with an increase in aspirational spending, especially in Tier II cities, rise in incomes, and more and more women joining the workforce. “The desire to present one’s best appearance on social media and among peers has led to a more sophisticated use of beauty products,” says the red-herring prospectus Nykaa filed with SEBI.

The Internet economy itself has surged in a way that was least expected, particularly in the wake of the Covid-19 shutdowns. E-commerce penetration (the number of people doing online shopping) in India grew 1.6 times, from 3% in 2019 to 5% in 2020, with room to increase further (in the US and China, the figure in 2019 was 23% and 11%, respectively). India also has vast untapped potential in terms of people who are still not Internet users.

While Nayar’s husband Sanjay and KKR have no role in Nykaa, KKR founder Henry Kravis owns around 1.1% stake. The couple’s 31-year-old twins are both part of the business — daughter Adwaita is the CEO of Nykaa Fashion, son Anchit the CEO of Nykaa.com.

Some experts strike a note of caution, saying the current valuation of Nykaa is unsustainable, and that it has to keep meeting investors’ expectations to hold on. “The market is going to be cluttered as more brands emerge, and as efficiencies of listed brands decrease, this valuation is not sustainable. But the point is, once you get a valuation, you will always run to keep it,” says Harish Bijoor, Brand Guru and Founder at Harish Bijoor Consults Inc.

Nykaa says it understands the need to be on its feet in a highly competitive industry.

“Our competitors include… online marketplaces, retailers with physical stores, and brands that take a direct-to-consumer approach, effectively removing us from the… process,” says its document filed with SEBI.

Bhogle believes Nayar will build on her success as she was never in it for “fancy valuations”. “Running her own business was in her blood… I know that her wealth, which I fear will be talked about a lot, will not affect the Falguni I have known for all these years.”

Nayar says her wish is for her story to be an example for others, especially women. On listing day, as those numbers zoomed, the 59-year-old said: “For everyone across India who has ever had a dream, especially women, I hope the Nykaa journey — an Indian-born, owned and managed dream come true — can inspire each of you to be the Nykaa of your lives.”