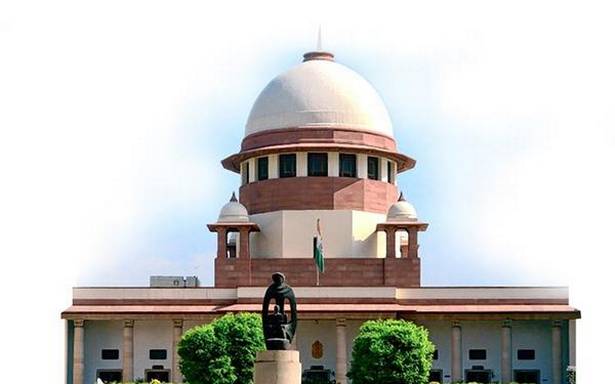 Why has the Supreme Court struck down part of the 97th Constitution Amendment and will it impact federal principles?

The story so far: The recent Supreme Court verdict striking down a part of the 97th Constitution Amendment, insofar as it dealt with cooperative societies under the domain of the States, has brought the focus on the extent to which the Centre can seek to lay down policy for the functioning of cooperative societies. The correctness of the erstwhile United Progressive Alliance government’s move to amend the Constitution to provide a reformist framework for the functioning of cooperatives is in question.

What is the 97th Constitution Amendment?

The Union government, in its Statement of Objects and Reasons for the amendment, referred to the “weaknesses” in safeguarding the interests of members of cooperatives and the fulfilment of the objectives of these institutions. It referred to delayed elections, nomination of office-bearers for long durations, reduced accountability in management and inadequate professionalism in many societies. It spoke of the need to initiate fundamental reforms to revitalise these institutions and ensure “their autonomy, democratic functioning and professional management”.

Editorial | Limits of cooperation: On reforms in cooperative sector

The Amendment set out basic rules such as a maximum of 21 directors in a society, a fixed term of five years for elected members, a six-month cap on the time limit for which a society’s board of directors can be kept under supersession or suspension, and reservation of one seat for the Scheduled Castes or the Scheduled Tribes, and two seats for women on the board of every cooperative society, that is, every society that has members from these sections.

What was the legal infirmity in the Amendment?

On a legal challenge to the validity of the 97th Amendment, the Gujarat High Court struck down Part IXB in its entirety on two grounds. First, the Amendment required not only a two-thirds majority in Parliament, which was obtained, but also had to be ratified by 50% of the State legislatures. This was because the Amendment impinged on a subject over which only the State legislatures had law-making powers. In the absence of such ratification, the Part was declared unconstitutional. It also ruled that the Part violated the basic structure of the Constitution in that it was in breach of federal principles.

What was the Supreme Court’s view?

The Centre’s defence was that the Amendment did not alter the entry in the State List on ‘cooperative societies’. In fact, it specified that the State legislatures would enact the relevant laws based on a common framework. There was no need for ratification by the Assemblies, as no subject was shifted from the State List to the Central or Concurrent List. However, the Supreme Court rejected the argument. The Amendment had the effect of limiting and circumscribing the scope and extent to which States could frame laws on cooperative societies. This impacted on their legislative power and would therefore amount to a change that would require ratification by the Assemblies.

All three judges on the Bench that heard the Union government’s appeals agreed with the Gujarat High Court that the ratification by the State legislatures was required for Part IXB, and in the absence of such ratification, the Part had to be struck down. However, the majority, comprising Justices Rohinton F. Nariman and B.R. Gavai, declared the Part inoperative only in respect of cooperative societies that came under the States. It would be valid as far as multi-State cooperative societies were concerned as Parliament had the power to regulate their functioning.

What now survives in the 97th Amendment?

Editorial | Cooperative spirit: On the new Union Ministry of Cooperation

How does the ruling affect Cooperation Ministry?

The Ministry of Cooperation was formed recently, apparently with a view to giving a fillip to the cooperative movement and reforming the functioning of cooperative societies. Until now, the subject was dealt with by the Agriculture Ministry. It administered the Multi-State Cooperative Societies Act, 2002. The new Ministry will continue this work. For now, it will not be in a position to compel States to bring their cooperative laws in conformity with the Centre’s vision. Regarding the fate of the constitutional framework for all cooperative societies in the country, the Centre has the option of re-enacting the Amendment with a two-thirds majority in Parliament and obtaining ratification by 50% of the State legislatures.