The red sites in the country now form the core of a booming tourism industry that seeks to promote the party’s heritage. ‘Red tourism’ reminds people of the sacrifices made by the leaders of the Communist party to forge a modern China. 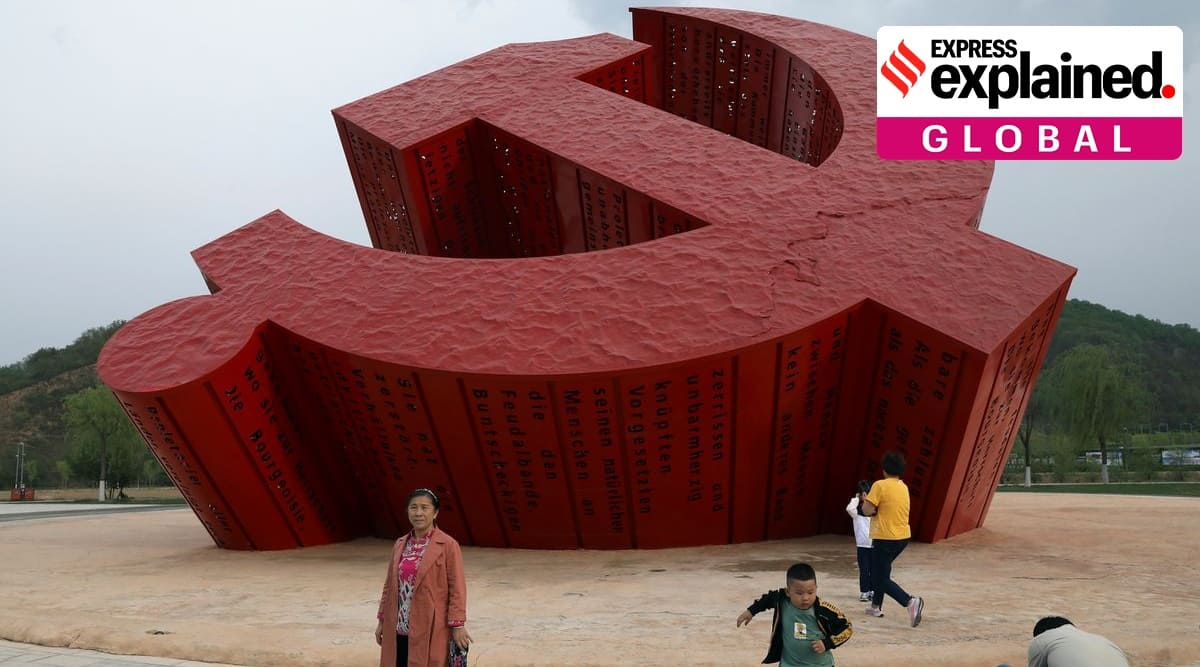 As the Chinese Communist Party celebrates its 100th anniversary this year, the popularity of ‘red tourism’, which involves visiting places that are of historical and cultural importance for the party, is at an all-time high in the country.

Places such as Nanhu Lake in East China’s Zhejiang, where the First National Congress of the Chinese Communist Party was held on a boat in 1921, and Mao Zedong’s birthplace Shaoshan have been witnessing huge footfall in recent times. In fact, ‘red tourism’ has been bringing in huge revenues which is fuelling China’s economic boom since the pandemic.

But why is ‘red tourism’ so important in China and how is it helping businesses to grow? And why does it have its fair share of naysayers across the world who feel that it has some dark secrets? We explain.

What is ‘red tourism’?

In China, ‘red tourism’ refers to visiting sites which have a modern revolutionary legacy. Launched in 2004, the purpose of the project is to promote locations with historical and cultural significance to the ruling Communist Party’s history while also providing an impetus to tourism and local businesses.

‘Red tourism’ seeks to spread awareness about the history of the Communist Party of China starting from its origins. For instance, historical events such as the Long March, the military retreat undertaken by the Red Army to evade the pursuit of the Kuomintang in 1934, and the ascent to power of Mao Zedong are at the heart of the project.

The red sites in the country now form the core of a booming tourism industry that seeks to promote the party’s heritage. ‘Red tourism’ reminds people of the sacrifices made by the leaders of the Communist party to forge a modern China. In doing so, it tries to entrench the party in the minds of the people by reinforcing ideology through history and tourism.

Since coming to power, Chinese President Xi Jinping has been aggressively promoting ‘red tourism’. Xi, who believes that the project can offer “spiritual red baptism” to the people, said in 2016, “Only by experiencing the hardships of the revolutionary era can people truly receive education.”

The party’s official magazine recently quoted Xi urging members to “make good use of red resources, inherit red genes and pass on the red country from generation to generation”.

What are some of the famous sites covered by ‘red tourism’?

Some of the most famous sites covered by ‘red tourism’ include Yan’an, Mao Zedong’s revolutionary base area where the Red Army arrived after the Long March; Shaoshan, which is the birthplace of Mao; Jinggangshan, where leading members of the Communist Party of China established their first rural base for the revolution in 1927; Nanchang, the capital city of Jiangxi Province which witnessed a significant Uprising in 1927 led by Zhou Enlai and He Long (China’s supreme commander); Jinggang Mountain in Jiangxi Province where the revolution led by the Communist Party of China began in October, 1927; and Zunyi in Guizhou Province which is dominated by ethnic minorities.

Jiangxi and Guizhou provinces, which are sites of Mao’s early battles and his escape from Chiang Kai-shek’s Nationalist forces in the Long March, are also a big tourist draw.

The list of these sites is truly endless. Just Yan’an has 140 red sites including the Wangjiaping Revolutionary Museum and Fenghuang Mountain, the site of the Central Committee of the Communist Party of China, Baota Hill, and Yangjia Ling Revolutionary Site.

In Mao’s hometown of Shaoshan, one can visit his residence, his bronze statues and relics, and also read his poems on stone tablets.

The tourism also includes colourful events — visitors routinely put on revolutionary attire as they visit the former residences of Communist leaders and exhibition halls, party members chant admission oaths in ritualistic fashion and there are also lectures for children on the proud history of the Communist party in the country.

In places like Jinggangshan, one can pose for photographs dressed in a unform of the People’s Liberation Army.

Many of the red sites have museums and exhibitions on the history of the Communist Party of China. In 2016, the Zunyi museum launched a traveling exhibit that toured colleges and universities, besides also training over 100 school students to spread awareness about Communist history.

The tourism packages often offer visits to culture parks which host performances and stage dramas on the important battles and events which played a key role in the growth of the Communist party. These culture parks also allow tourists to take part in role-playing projects in simulated battlefields which recreate the wars that the Red Army took part in.

Why is ‘red tourism’ popular and how has it helped the economy?

The tourism sites are a big attraction for the young Chinese population that loves to travel and learn more about the country’s history. Moreover, the strategy of promoting tourist products while employing new technologies such as artificial intelligence and virtual reality has been hugely successful in attracting the youth.

People aged between 21 to 30 account for 40 per cent of the tourists. A recent report by Alibaba’s Fliggy revealed that bookings for tours by people born during the 2000s have seen a 630-per cent year-on-year increase in recent times.

The government has over the years invested heavily on ‘red tourism’ — 2.64 billion yuan ($370 million) was budgeted between 2016 and 2020 for the project. And the big investments are starting to pay rich dividends.

Trips to red sites accounted for 10% of domestic tourism spending in the first half of 2018, government statistics show.

‘Red tourism’ sites across China had more than 1.4 billion visits in 2019. The increased footfall means skyrocketing revenues — the tourist visits raked in more than 400 billion ($62.2 billion) yuan of revenue in 2019, according to a revelation by the Chinese administration in a press conference.

‘Red tourism’ has also helped in the robust recovery of the tourism market in China after the pandemic.

In 2020, there were more than 100 million ‘red tourists’ who contributed to 11% of domestic travel, CNN quoted Mimi Li, associate professor at Hong Kong Polytechnic University and an expert on Chinese tourism policy, as saying.

Liu Qi, secretary of the Jiangxi Provincial Committee of the Communist Party of China, recently said during a news conference in Beijing, that the number of tourists visiting ‘red tourism’ sites in Jiangxi rose by 300 per cent on a yearly basis during the recent May Day holiday. A report recently released by online travel booking platform Ctrip and Xinhua Finance stated that during the May Day holiday, online searches for ‘red tourism’ increased sevenfold from last month. Moreover, tourism bookings on Ctrip rose 375 per cent compared with the same period in 2019.

Apart from the growing revenues for the government departments and private tourism companies, ‘red tourism’ is hugely popular because it supports a whole host of ancillary businesses, starting from antique shops selling Communist memorabilia to malls, restaurants and hotels.

The project has given birth to an entire ecosystem of businesses that form the very crux of the country’s booming economy. Yan’an, for instance, which was once considered to lie in the economic backwater of China, now boasts of an airport, new hotels and even an upcoming Starbucks outlet.

Why does ‘red tourism’ have its fair share of critics?

Many critics say that ‘red tourism’ that seeks to educate people about the country’s past often indulges in one-sided story-telling. It can tend to gloss over the failures and misdeeds of the Communist leaders of the country, thus peddling a version of history which can suit the party’s interests. Many have pointed out that more than fostering the spirit of research and academic scholarship in history, ideological indoctrination is at the heart of this project.

For example, in the Museum of the War of Chinese People’s Resistance Against Japanese Aggression in Beijing, the spotlight is on the sacrifices made by the Communist Party during the Sino-Japanese War in the 1930s and 40s. It seeks to argue that the then-fledgling party was the “mainstay” that led the country into victory. The official page of the museum states that the Kuomintang, which was the ruling party in the country from 1928 to 1949, did not put up a strong enough resistance to Japanese invasion — a claim which has been contested by researchers outside China.

“The most effective part of (‘red tourism’) is that it isn’t all fake. The travel sites are half-real-half-false. The most important purpose is to (make people believe) that ‘without the Communist Party, this country is over’,” Zhang Yu, Sweden-based secretary-general of the Independent Chinese PEN Center, recently said in an interview to the Voice of America.

In the literature of the Communist Party of China and in state media, the former revolutionary bases are considered to be “holy sites”. Visits to these places are often seen as opportunities by the administration to entrench the party’s beliefs in the minds of the people and make them reaffirm their Communist faith.

As Xi echoed Mao’s edict at a party meeting in October 2018, “east, west, south, north and centre — the party leads everything”.