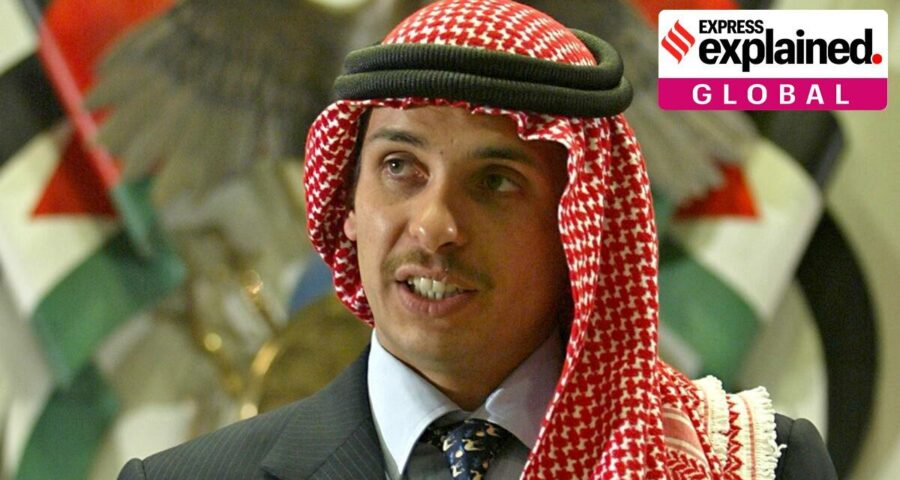 Such crackdowns are rare in Jordan, long considered among the most stable countries in the Arab world. In a marked flare-up in tensions within Jordan’s royal household, Prince Hamzah bin Al Hussein, the former crown prince and half-brother of ruling monarch Abdullah, has reportedly been placed under house arrest.

In a video passed by his lawyer to the BBC, Hamzah has said that he has been placed under house arrest as part of a crackdown on critics, and has denied being a part of any conspiracy against the government or King Abdullah.

The government also made other high profile arrests on Saturday, including a former minister and another member of the royal family, citing “the security and stability of Jordan”.

Such crackdowns are rare in Jordan, long considered among the most stable countries in the Arab world, and hence the roundup has sparked significant interest among the region’s observers.

Who is Prince Hamzah?

Jordan, whose royal family traces its lineage back to Prophet Muhammad, has been ruled since 1999 by 59-year-old Abdullah II, the oldest son of the revered late King Hussein and his second wife, the British-born Princess Muna.

Hamzah, 41, is the son of Hussein and Queen Noor, his American-born fourth wife. Widely considered Hussein’s favourite child, Hamzah was made crown prince of Jordan in 1999– the year of the former king’s death.

At the time, however, Hamzah was seen as too young to be named Hussein’s successor, and Abdullah took the throne. Abdullah stripped Hamzah of the crown prince title in 2004, giving it to his own son. This was seen as a blow to Queen Noor, who was hoping that her son would become king one day.

Hamzah, however, remained a popular figure of Jordan’s royal family, bearing an uncanny resemblance to his father, and was seen as modest and religious. Although no longer crown prince, he held other positions, such as the rank of brigadier in the country’s army, as per The Washington Post.

So why is Hamzah being targeted now?

The move to place Hamzah under house arrest is said to have followed his visits to Jordan’s tribal leaders, in which he is believed to have garnered support, the BBC reported.

Although there were no signs of open rivalry between the two half-brothers, Hamza did criticise government policy in 2018, accusing officials of “failed management” after the approval of an income tax law, Al Jazeera reported.

While Hamzah denies any wrongdoing, he denounced the ruling government in the video, saying, “I am not the person responsible for the breakdown in governance, for the corruption, and for the incompetence that has been prevalent in our governing structure for the last 15 to 20 years, and has been getting worse by the year”.

“[Jordanians’] wellbeing has been put second by a ruling system that has decided that its personal interests, financial interests, that its corruption is more important than the lives and dignity and future of the 10 million people who live here,” he said.

Hamzah has said all his staff members have been arrested, and that he and his family have been placed in a palace outside the capital Amman. “The internet and phone lines have been cut… This may be the last time I am able to communicate,” the royal said.

How have Jordan’s allies responded?

Jordan’s traditional allies, including the US, Saudi Arabia and Egypt, have expressed support for King Abdullah. Jordan, Saudi Arabia and Egypt, all Sunni-majority countries, have for years aligned together against Shia Iran. Jordan also has strong ties with the US, supporting it during the Iraq War as well as its efforts against the Islamic State. Although originally a key opponent of Israel, the two countries signed a peace treaty in 1994, and now maintain stable relations.

“We are closely following the reports and are in touch with Jordanian officials. King Abdullah is a key partner of the United States, and he has our full support,” US State Department spokesman Ned Price said.

The action against Hamzah is seen as an effort by Abdullah to stave off threats to his position in Jordan, whose challenges include an economy that was ailing even before the coronavirus pandemic, and hosting over 1 million-plus refugees from Syria.