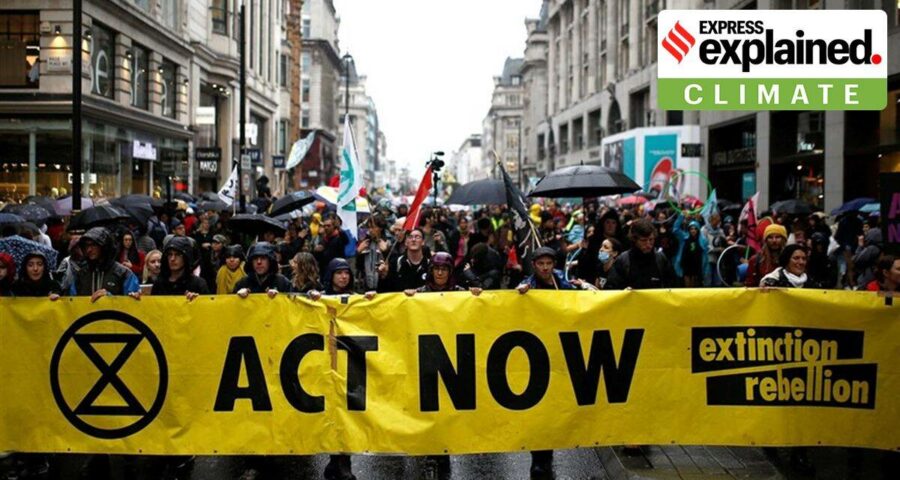 Extinction Rebellion (XR) seeks to “rebel”, and asks groups to “self-organise”, without the need for anyone’s permission, to come up with collective action plans as long as they adhere to the group’s core principles and values. 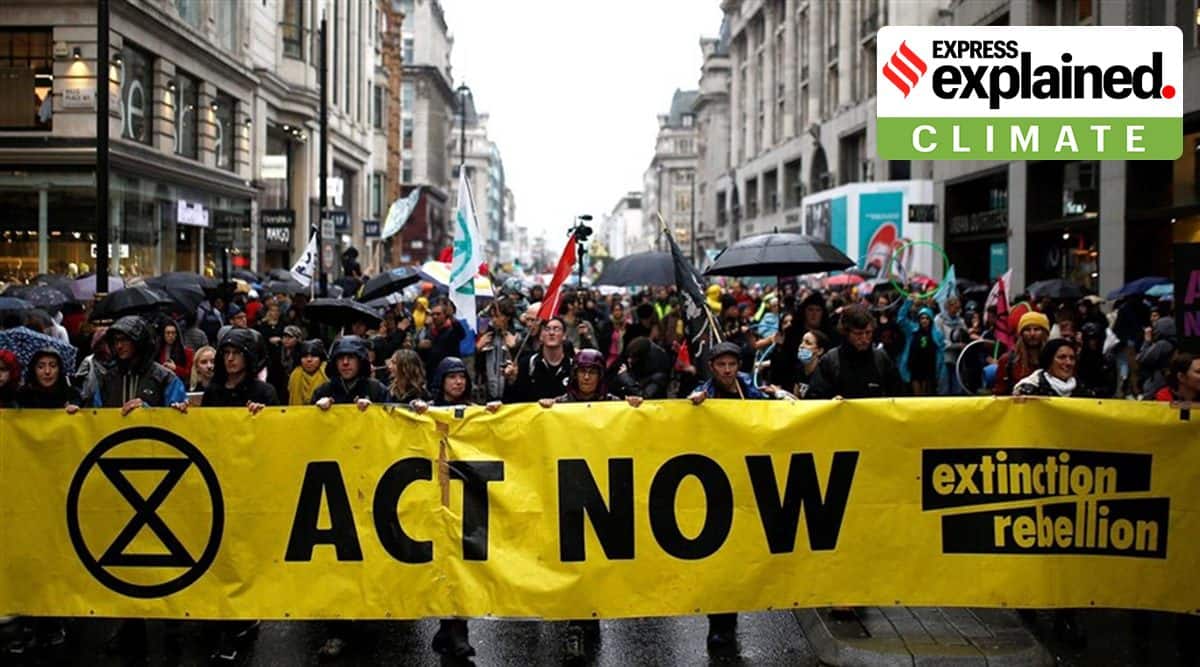 Delhi Police have named environmental activists Disha Ravi, Nikita Jacob, and Shantanu Muluk, who are volunteers of a global environment movement seeking to call attention to the climate change emergency, in the Greta Thunberg ‘toolkit’ case.

In her petition seeking anticipatory transit bail, Jacob had said: “This volunteer movement helps to create awareness about the various environmental crises and concerns worldwide and helps to create a positive change to the current system and structure in the world today with non-violent means.”

What is this group, Extinction Rebellion?

The global movement Extinction Rebellion, also referred to as ‘XR’, describes itself as a “decentralised, international and politically non-partisan movement using non-violent direct action and civil disobedience to persuade governments to act justly on the Climate and Ecological Emergency”.

XR was launched in the United Kingdom on October 31, 2018, as a response to a report by the United Nations Intergovernmental Panel on Climate Change (IPCC), which declared that “we only have 12 years to stop catastrophic climate change and our understanding that we have entered the 6th mass extinction event”.

The logo of Extinction Rebellion is an ‘X’ with the top and bottom crossed so that it resembles, according to the movement’s website, an hourglass, which stands for a warning that time is running out for many species. The extinction (X) hourglass is placed within a circle that represents the planet Earth.

The movement now has a presence in 75 countries, including India.

What does XR want?

The group has “three core demands” of governments around the world. It wants governments to “Tell the Truth”, to “Act Now”, and to “Go Beyond Politics” in order to confront the climate and ecological emergency that the world is faced with.

It wants them to communicate the urgency to bring change, and reduce greenhouse gas emissions to net zero by 2025.

XR seeks to “rebel”, and asks groups to “self-organise”, without the need for anyone’s permission, to come up with collective action plans as long as they adhere to the group’s core principles and values.

It suggests that teams organise in circles that are focussed on media and messaging, creating a citizens’ assembly, finance and fundraising, and legal training, following which an “overall anchor circle” can meet to share information and resolve issues that lack clarity, according to its website.

The website lists 10 core values that represent the spirit of XR:

“1. We have a shared vision of change: Creating a world that is fit for the next 7 generations to live in.

2. We set our mission on what is necessary: Mobilising 3.5% of the population to achieve system change — such as ‘momentum-driven organising’.

3. We need a regenerative culture: Creating a culture which is healthy, resilient and adaptable.

4. We openly challenge ourselves and this toxic system.

5. We value reflecting and learning.

6. We welcome everyone and every part of everyone.

7. We actively mitigate for power: Breaking down hierarchies of power for more equitable participation.

8. We avoid blaming and shaming: We live in a toxic system, but no one individual is to blame.

9. We are a nonviolent network.

10. We are based on autonomy and decentralisation: We collectively create the structures we need to challenge power.”

What activities has XR done so far?

The group had announced a “Declaration of Rebellion” at launch, involving a public act of civil disobedience in London, demanding that the government reduce carbon emission to zero by 2025.

The intention was to extract a constructive response from the government and, if that did not happen, “an escalation of disruption and sacrifice [would] take place for two weeks from the 12th November [2018]”. The group had announced giving a call for blocking of transport

infrastructure and related activities, also courting mass arrests. The eventual plan was to coordinate actions in other countries, and to engage in an “International Rebellion” in March 2019.

The group organised sit-ins in many parts of London, blocking entrances to railway stations, and gluing themselves to the floor and locking themselves to gates in order to make it difficult for the authorities to remove them by force. A “funeral procession” was organised to draw attention to dying species.

Over 1,000 volunteers courted arrest for these activities. Last year, some members of XR dug up a part of a lawn at Trinity College, Cambridge, while sparing an apple tree that is a grafted descendant of the one that inspired Sir Isaac Newton’s principle of universal gravitation. (Newton did go to Cambridge in 1661, but he was at the home of his mother in Woolsthorpe, Lincolnshire, when he saw the famous apple fall in the late summer of 1666.)

XR volunteers have protested in the United States, Australia, and New Zealand, disrupting public transport. The XR global website, however, states that the movement is “strictly non-violent”, and that they are “reluctant law-breakers”.

In April 2019, Greta Thunberg, the teenage Swedish climate activist, lent her support to the group by speaking to its members in London.

And what are XR’s links to and activities in India?

The movement claims to have been inspired by 15 major civil disobedience movements around the world, including, apart from Women’s Suffrage and the Arab Spring, India’s struggle for Independence. It refers to Mahatma Gandhi’s Salt March in 1930.

XR’s website says there are 19 groups in the country, including in the cities of Mumbai, Pune, Delhi, Hyderabad, Bengaluru, Kolkata, and Chennai, and in states including Goa, Odisha, Uttar Pradesh, Madhya Pradesh, Assam, and Kerala. It also has a youth group in Nagpur, whose members were born after 1990.

Since it is a decentralised organisation, members are required to sign up on the website, and find a group — which could be online through social media, as well as meet-ups organised offline. It also offers an introductory talk on the group’s core strategy, and how one can get involved.

One of the group’s early public events was a “die-in” protest organised at Bandra Reclamation in Mumbai in October 2019. Over 100 volunteers gathered to demand that the government declare a climate emergency. Participants at “die-in” protests lie on the ground, pretending to be dead. However, since the city was already seeing protests against the felling of trees at Aarey Colony for the Metro carshed, police did not grant permission for the “die-in” protest, and asked the protesters to disperse.

Awareness events continued in smaller groups, including street theatre and performance acts done in other areas, with volunteers holding the XR symbol and wearing red attire similar to that worn by their UK counterparts.

Apart from lending support to global events on climate change, the Indian chapter of XR has also been vocal about local issues including the ongoing protests by farmers at the gates of Delhi, the Save Mollem campaign against three major infrastructure projects in a forest in Goa, coal sustainability, and the conservation of the Western Ghats.