For 20 seconds, China's 'artificial sun' EAST achieved a peak temperature of 288 million degrees Fahrenheit, which is over ten times hotter than the sun. What is EAST and how does it work? 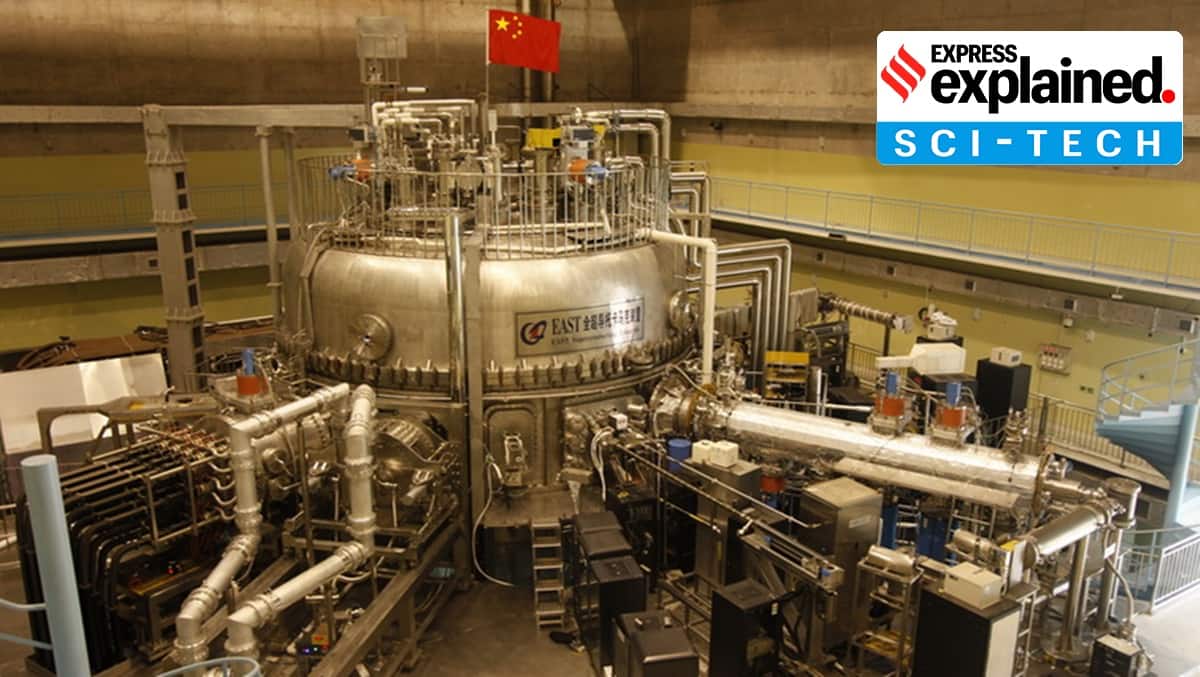 The latest feat by Chinese scientists is a significant step in the country’s quest to unlock clean and limitless energy, with minimal waste products. “The breakthrough is significant progress, and the ultimate goal should be keeping the temperature at a stable level for a long time,” Li Miao, the director of the department of physics at the Southern University of Science and Technology in Shenzhen, China, told the Global Times.

But experts say there is still a long way to go for China’s experimental ‘artificial sun’. According to Lin Boquiang, the director of the China Center for Energy Economics Research at Xiamen University, it will take decades for a working reactor to emerge from its experimental stages.

So what is China’s ‘artificial sun’ EAST?

The Experimental Advanced Superconducting Tokamak (EAST) reactor is an advanced nuclear fusion experimental research device located at the Institute of Plasma Physics of the Chinese Academy of Sciences (ASIPP) in Hefei, China. The purpose of the artificial sun is to replicate the process of nuclear fusion, which is the same reaction that powers the sun.

The EAST is one of three major domestic tokamaks that are presently being operated across the country. Apart from the EAST, China is currently operating the HL-2A reactor as well as J-TEXT. In December 2020, HL-2M Tokamak, China’s largest and most advanced nuclear fusion experimental research device, was successfully powered up for the first time — a key milestone in the growth of China’s nuclear power research capabilities.

Since it first became operational in 2006, the EAST has set several records for the duration of confinement of exceedingly hot plasma. The EAST project is part of the International Thermonuclear Experimental Reactor (ITER) facility, which will become the world’s largest nuclear fusion reactor when it becomes operational in 2035. The project includes the contributions of several countries, including India, South Korea, Japan, Russia and the United States.

How does the ‘artificial sun’ EAST work?

The EAST Tokamak device is designed to replicate the nuclear fusion process carried out by the sun and stars. Nuclear fusion is a process through which high levels of energy are produced without generating large quantities of waste. Previously, energy was produced through nuclear fission — a process in which the nucleus of a heavy atom was split into two or more nuclei of lighter atoms.

While fission is an easier process to carry out, it generates far more nuclear waste. Unlike fission, fusion also does not emit greenhouse gases and is considered a safer process with lower risk of accidents. Once mastered, nuclear fusion could potentially provide unlimited clean energy and very low costs.

For nuclear fusion to occur, tremendous heat and pressure are applied on hydrogen atoms so that they fuse together. The nuclei of deuterium and tritium — both found in hydrogen — are made to fuse together to create a helium nucleus, a neutron along with a whole lot of energy.

Fuel is heated to temperatures of over 150 million degrees C so that it forms a hot plasma “soup” of subatomic particles. With the help of a strong magnetic field, the plasma is kept away from the walls of the reactor to ensure it does not cool down and lose its potential to generate large amounts of energy. The plasma is confined for long durations for fusion to take place.

What is the latest record and why does it matter?

The next goal for the scientists behind the experimental reactor is to maintain the high temperature for a long period of time. Previously, the EAST had reached a record temperature of 100 million degrees Celsius in 2018.

But China is not the only country that has achieved high plasma temperatures. In 2020, South Korea’s KSTAR reactor set a new record by maintaining a plasma temperature of over 100 million degrees Celsius for 20 seconds.