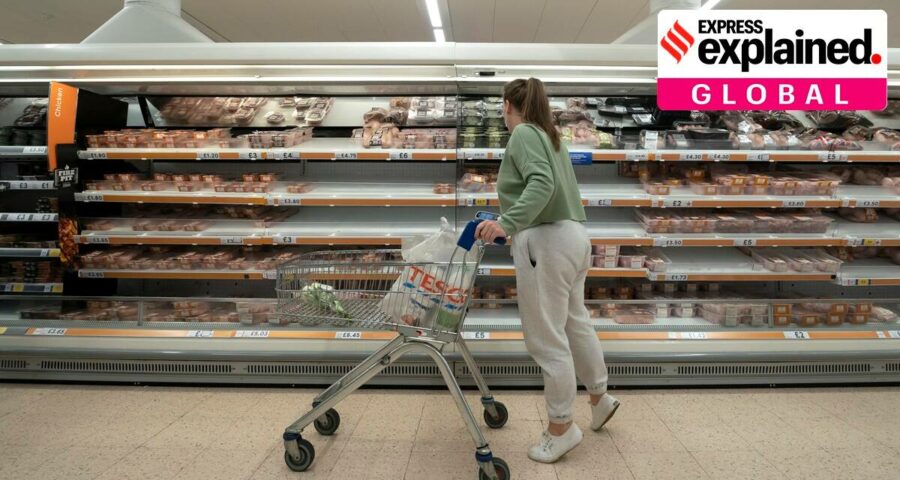 According to media reports from the UK, Ian Wright, who is the head of the Food and Drink Federation (FDF), said last week that the UK might be in for permanent shortages in the supply of some products. In the UK, shortages in the labour force in the food industry and of truck drivers are causing supply-chain issues in the availability of food products. These labour force shortages are driven by factors related to the Covid-19 pandemic as well as Brexit, after which the UK has witnessed an exodus of some workers out of the country.

According to media reports from the UK, Ian Wright, who is the head of the Food and Drink Federation (FDF), said last week that the UK might be in for permanent shortages in the supply of some products. He also said companies now have to prioritise which products to supply due to shortages in the labour force.

The UK government, however, has denied that there will be permanent shortages.

In August, McDonald’s stopped selling milkshakes out of all of its 1,250 outlets in the UK because of a supply-chain issue resulting from a shortage of truck drivers. The food chain, Nando’s, had to close down a few of its outlets in the UK after it ran out of chicken.

But what explains the labour shortages in the UK?

The British Poultry Council (BPC) notes that numerous sectors and businesses across the UK are facing labour shortages.

Following Brexit, there has been a continuous exodus of workers who are not permanent residents of the UK.

An opinion piece published on the BPC website notes, “…nobody would admit that when they voted to leave the EU they wanted to compromise food security, raise the cost of food production, and reduce access to food. Yet that is exactly what Brexit – in its ideology and its application – is bringing us to.”

“Hospitality is getting much of the media attention but work backwards down that chain: logistics are compromised because of a shortage of lorry drivers, food processors and manufacturers cannot get enough people in factories, farms do not have the people to pick and catch,” it added.

In August, the British Meat Processors Association (BMPA) announced that staff and skills shortages were continuing to hamper food production, and that many meat companies were already about six weeks behind on their Christmas production schedules.

“It now looks inevitable that there will be a shortage of the more complicated lines like pigs in blankets and gammon roasts. Given the current workforce shortages, meat companies are finding it difficult to see how they’ll dig themselves out of this,” BMPA said in a statement.

BMPA also said that the problem of workforce shortage, which is nearing about 15 per cent, has been exacerbated because some retailers are paying sign-on bonuses to poach drivers from their suppliers. This, in turn, is making it difficult for manufacturers to move their products to distribution centres, and also transport ingredients and goods to manufacturing sites, BMPA noted.

“To add insult to injury, those same retailers are then charging a penalty to their suppliers for failure to deliver,” it stated.

Why is there a shortage of truck drivers?

In April, the Road Haulage Association (RHA) called for urgent government intervention to ease the driver shortages, which were made worse by the IR35 tax changes, which became applicable from April 2021 onwards.

In a statement, the RHA said, “The situation was critical even before the pandemic with many EU truckers heading home for obvious Brexit-related reasons. Add to that the complete failure to test new drivers during lockdown which left a backlog of thousands of tests – and potential drivers sidelined. Covid-19 saw the introduction of IR35 delayed by one year but it’s now hitting many firms and drivers.”

The RHA has called on the government to clear the backlog of driving tests, and to put lorry drivers onto the occupation shortage list. This can help fill gaps by drivers from the EU and other countries, and address the need for driver facilities.