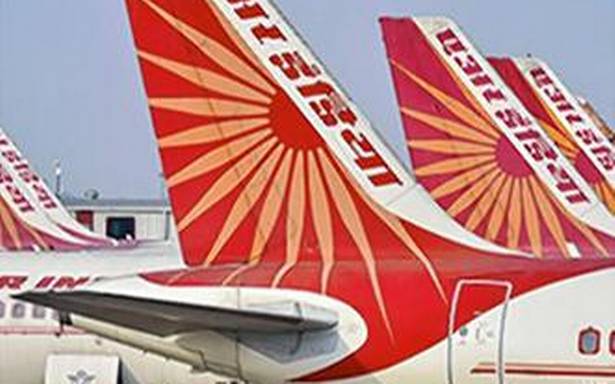 Why have shareholders of the company moved to seize Air India assets overseas? What lies ahead?

The story so far: On Monday (January 3), Devas shareholders said they had won an order allowing seizure of $30 million worth of properties of Air India and the Airports Authority of India after a Canadian court’s order in connection with the arbitration award it had won against the Indian government. Both Indian entities have sought quashing of this order and the court has reserved its decision.

What happened in Canada?

A court in Canada had ordered seizure of amounts collected by the International Air Transport Association (IATA) on behalf of Air India and AAI. Separate orders were passed on November 24 and December 21 on pleas by Devas’s shareholders. This is the latest attempt by Devas shareholders to enforce the arbitration awards it won at international tribunals after India cancelled the Devas-Antrix deal in 2011.

So far, Devas has moved to seize U.S. $17.3 million of ticketing fees collected on behalf of Air India and U.S. $12.76 million of air navigation and aerodrome charges international airlines owe to AAI. Air India and AAI have sought quashing of the seizure order and the Quebec Superior Court held hearings on January 4 and January 5. The court has reserved its decision.

What was the Antrix-Devas deal and why was it cancelled?

Telecommunications firm Devas Multimedia signed a contract with Antrix (ISRO’s commercial arm) in 2005 under which the latter would build and launch two ISRO satellites and lease the corresponding S-band satellite spectrum to Devas, which in turn would use it to provide its Internet services. Following a leaked draft CAG audit report that pointed to a number of potential irregularities in the deal, including alleged financial mismanagement and violation of standard operating procedures the UPA government cancelled the Antrix-Devas deal in February 2011 citing “force majeure". However, the final CAG report and a number of other panel probes did not find any evidence of quid pro quo or bribery. Questions have also been raised about the calculation of losses by the CAG in the Antrix-Devas deal as it compared satellite spectrum with telecom spectrum.

Why has Devas sought to attach AAI and Air India assets overseas?

After the Devas-Antrix deal was cancelled in 2011, Devas Multimedia Private Limited and its shareholders won three arbitration awards at international tribunals. Despite the compensation awarded to Devas shareholders, India has not paid any money yet and challenged the awards multiple times. Devas says that in 2020 the BJP government agreed to a negotiated global financial settlement, but walked away from it and until India returns to the negotiating table, it has no alternative but to move against India’s assets globally.

The first award on September 14, 2015 by the International Chamber of Commerce (ICC) Tribunal, seated in New Delhi, unanimously rejected Antrix’s defence of “force majeure” for cancelling the deal and held that it had wrongfully repudiated the agreement and awarded Devas U.S. $562.5 million in damages plus 18% interest per annum. ISRO’s commercial arm, Antrix, has filed a petition to set aside the ICC award which is currently under adjudication before the Delhi High Court. In 2012, shareholders of a Devas arm incorporated in Mauritius moved the Permanent Court of Arbitration (PCA) against India, alleging violation of the obligation to protect their interest as guaranteed under the India-Mauritius Bilateral Investment Treaty (BIT). The PCA Tribunal, seated at The Hague, on July 25, 2016 found India liable for breaching its obligations. On October 13, 2020 the PCA Tribunal awarded Devas shareholders over U.S. $111 million plus interest as compensation. A third arbitration by one of the other shareholders of Devas —Deutsche Telekom (DT)—under the India-Germany Bilateral Investment Treaty at the PCA, won DT more than $132 million plus interest (in December 2017 and May 2020).

Meanwhile, in January 2021, after a plea from Antrix, the National Company Law Tribunal ordered winding up of Devas on grounds of being fraudulent, which was upheld by NCLAT in September, 2021. NCLAT has also held the Antrix-Devas agreement to be illegal. Devas has moved the Supreme Court and its appeals are pending.

What about Air India’s sale to the Tatas?

Devas’s move to seize Air India assets comes just weeks before Tata Sons is set to take over the airline. However, the events in Canada are unlikely to hamper the transfer of the airline as Tata Sons has been granted indemnity from past legal claims in the shareholder’s agreement. "Expect a smooth transition by January-end," Kapil Kaul, CEO, CAPA India, said.