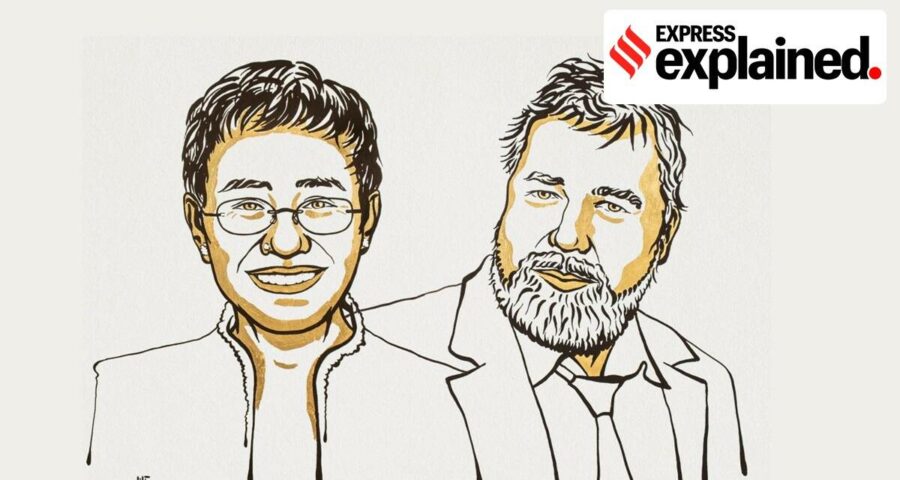 Maria Ressa of the Philippines and Dmitry Muratov of Russia received the Nobel Peace Prize “for their courageous fight for freedom of expression”. 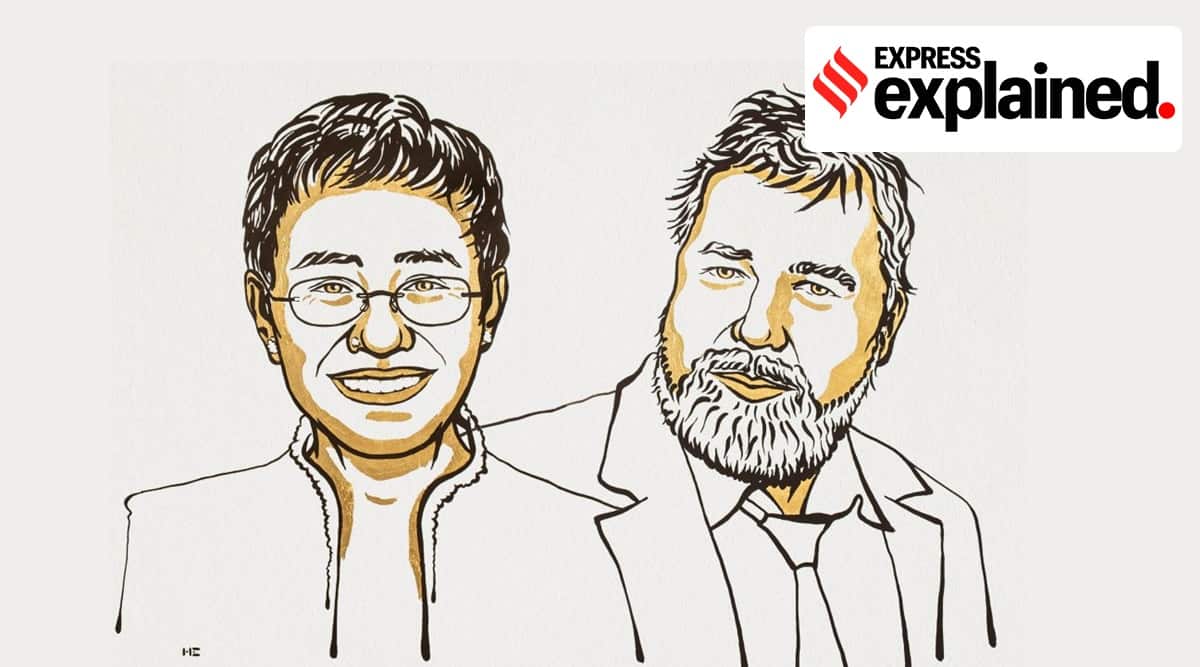 In an age marked by authoritarian regimes around the world, misinformation and hate speech, the Nobel Prize for Peace was awarded on Friday to two journalists who have been running independent news organisations in their countries, often under the threat of detention and even death. Maria Ressa of the Philippines and Dmitry Muratov of Russia received the Prize “for their courageous fight for freedom of expression”.

The Nobel Committee said the two are representatives of all journalists “who stand up for this ideal in a world in which democracy and freedom of the press face increasingly adverse conditions”. It said “freedom of expression and freedom of information help to ensure an informed public”. “These rights are crucial prerequisites for democracy and protect against war and conflict. The award of the Nobel Peace Prize to Maria Ressa and Dmitry Muratov is intended to underscore the importance of protecting and defending these fundamental rights.”

Christophe Deloire, secretary general of the non-profit Reporters Without Borders (RSF), called the Prize “an extraordinary tribute to journalism and a mobilisation appeal, because this decade will be absolutely decisive for journalism”. Deloire said it is a “powerful message at a time when democracies are being undermined by the spread of fake news and hate speech”.

An investigative journalist, Ressa in 2012 co-founded Rappler, a digital media platform for investigative journalism, which she continues to head. The Nobel Committee noted that Rappler has “focused critical attention” on President Rodrigo Duterte regime’s controversial, murderous anti-drug campaign. “The number of deaths is so high that the campaign resembles a war waged against the country’s own population,” the statement noted. It said Ressa and Rappler have also documented how social media is being used to spread fake news, harass opponents, and manipulate the public discourse.

In the RSF’s 2021 World Press Freedom Index, the Philippines ranked 138 of 180 nations (India was ranked lower, at 142). RSF quoted Duterte from 2016, when he had taken over as the President, as saying, “Just because you’re a journalist, you are not exempted from assassination if you’re a son of a bitch. Freedom of expression cannot help you if you have done something wrong.”

Born in the Philippines, Ressa spent much of her growing up years in the US and studied at Princeton University, before returning to Southeast Asia. Before starting Rappler, she spent more than two decades working for CNN, investigating terrorist networks among other topics, and later also wrote for The Wall Street Journal.

She has authored Seeds of Terror: An Eyewitness Account of Al-Qaeda’s Newest Center, and From Bin Laden to Facebook: 10 Days of Abduction, 10 Years of Terrorism.

The Nobel Committee said Muratov has “has for decades defended freedom of speech in Russia under increasingly challenging conditions”. During the Vladimir Putin regime, Russia has ranked 150 in the RSF’s 2021 World Freedom Index. Calling it a “stifling atmosphere for independent journalists,” RSF said Russia has “draconian laws, website-blocking, Internet cuts and leading news outlets reined in or throttled out of existence”.

Five years after Muratov left the popular daily Komsomolskaya Pravda, he along with around 50 colleagues started Novaja Gazeta in 1993, as one of its founders. He has served as the newspaper’s editor-in-chief since 1995.

Committee to Protect Journalists, a US-based non-profit, had felicitated Muratov as one of its International Press Freedom awardees in 2007. CPJ had called Novaja Gazeta “the only truly critical newspaper with national influence in Russia today”. Receiving the CPJ award, Muratov had said, “Igor Domnikov was murdered for investigating corruption. Yuri Shchekochikhin, my best friend, deputy, and a nationally famous journalist was murdered. Anna Politkovskaya was murdered… And I am the one who gets to stand here in a tuxedo and receive an award. It’s not normal. I feel no joy. I never will.”

Six of Muratov’s colleagues have been killed since the newspaper started, which has often faced harassment, threats, violence and murder from its opponents. “Despite the killings and threats, editor-in-chief Muratov has refused to abandon the newspaper’s independent policy,” the Nobel Committee noted.