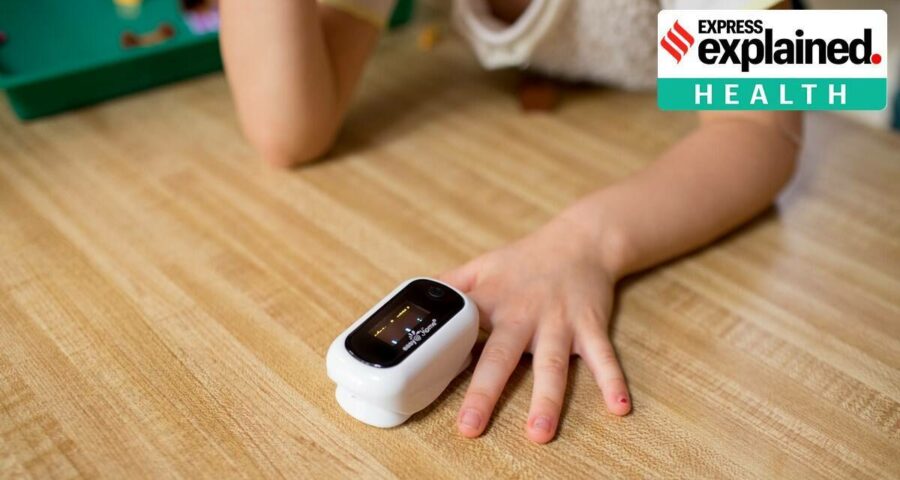 The initial step in an oximeter is the light passing through your skin. Most of these devices are calibrated for light skin and can give errors for nonwhite people. On November 21, the UK government’s Department of Health and Social Care announced that an independent review will be carried out to find out if there is a potential bias in medical items such as pulse oximeters and how they impact patients from various ethnic groups.

This move comes amid rising concerns that many medical devices are designed and calibrated for white patients. “The coronavirus (Covid-19) pandemic has exposed health disparities across the country…and death rates have been higher among people from ethnic minority communities,” said the release from the UK government.

What is a pulse oximeter and how does it work?

A pulse oximeter is a small clip-like device used to calculate the amount of oxygen in your blood. It can be attached to the fingertip, earlobe or toes.

The oximeter has a small electronic processor and a pair of LEDs – one emitting red light and another infrared. The oximeter shines these two lights which pass through your finger and the device senses what comes through the other side.

So, why is the device racist?

The initial step in an oximeter is the light passing through your skin and most of these devices are calibrated for light skin and can give errors for nonwhite people.

Dr. Philip Bickler, the director of the hypoxia research laboratory at the University of California, San Francisco, which tests the performance of pulse oximeters, told The New York Times, the simplest way to explain the inaccuracies in patients with darker skin is that the pigment “scatters the light around, so the signal is reduced. It’s like adding static to your radio signal. You get more noise, less signal.”

A letter to the editor published last year in The New England Journal of Medicine, titled ‘Racial Bias in Pulse Oximetry Measurement’, noted that the devices can provide misleading results from Black patients.

The team studied 10,789 pairs of measures of oxygen saturation obtained using pulse oximetry and arterial blood gas test method. The study was carried out on 1,333 White patients and 276 Black patients.

They carried out a second study on 37,308 pairs obtained from 7,342 White patients and 1,050 Black patients and saw similar results.

“I think most of the medical community has been operating on the assumption that pulse oximetry is quite accurate,” said Dr. Michael W. Sjoding, an assistant professor of internal medicine at the University of Michigan Medical School and lead author of the report to The New York Times. “I’m a trained pulmonologist and critical care physician, and I had no understanding that the pulse ox was potentially inaccurate — and that I was missing hypoxemia in a certain minority of patients.”

Another study published in 2005 had also raised the issue of oximeters’ racial bias. Published in Anesthesiology, titled ‘Effects of Skin Pigmentation on Pulse Oximeter Accuracy at Low Saturation’, the team saw that the device overestimated the arterial oxygen saturation by around 3% in darkly pigmented patients, compared with 0.37% in those lightly pigmented.

“In our 18 yr of testing pulse oximeter accuracy, and probably in other testing laboratories, the majority of subjects have been light-skinned. Most pulse oximeters have probably been calibrated using light-skinned individuals, with the assumption that skin pigment does not matter,” wrote the team.