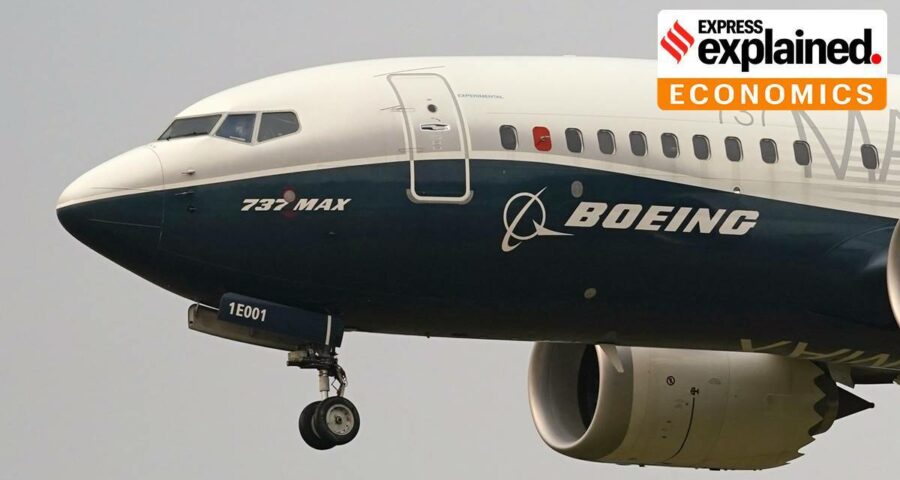 At least 18 airlines have started operating commercial flights after clearances came in from regulators in the US and Europe, declaring the aircraft safe to fly. The Boeing 737 Max aircraft, which stayed grounded for nearly two years after it witnessed two deadly crashes in a span of five months, is getting back to the skies. At least 18 airlines have started operating commercial flights after clearances came in from regulators in the US and Europe, declaring the aircraft safe to fly.

In October 2018, the 737 Max — the newest member of Boeing’s 737 narrow-body family — crashed in the Java Sea shortly after takeoff from Jakarta. Later, in March 2019, another aircraft of the same model crashed in Ethiopia. Both these accidents killed a total of 346 people. Following the second crash, aviation authorities globally decided to ground the plane pending an investigation into the cause behind the crashes. At the time, several airlines including large carriers like United, American, Southwest, Air Canada, in addition to Indian carrier SpiceJet, were operating the 737 Max planes in their fleets.

What happened after the grounding?

During the investigation, it was discovered that the main cause of the accidents was a design flaw in the most modern jetliner. The latest Boeing 737 model is equipped with a manoeuvring characteristics augmentation system (MCAS), which is responsible for pushing the aircraft’s nose down when it senses a high angle of attack that may lead to an aircraft stall. If an aircraft’s nose is too high, the plane loses speed and is likely to enter a stall — a state in which it loses flight and can fall from the sky like a stone. The MCAS was designed to prevent such an eventuality. In case of the two crashes, the MCAS falsely misread the plane’s angle of attack during the ascent and forced the nose down leading to the crash. However, it was not just a technical flaw that caused the accidents. During the course of the investigation, several shortcomings were also found out with the processes laid down by Boeing as well as the US Federal Aviation Administration (FAA).

What led to lifting of the ban?

Once the investigation pointed out all the deficiencies, corrective measures started being introduced, including rectifying the MCAS by Boeing and setting up of simulators and training centres to train pilots about the MCAS. In November 2020, the FAA lifted the restrictions on Boeing 737Max, and several other jurisdictions including Japan, Europe, the UK, Canada, Brazil, the UAE, Australia approved the aircraft’s return to flight following technical modifications and additional pilot training. China, which was the first country to ban the aircraft back in 2019, is yet to approve the return to flight. Same is the case with India, where the Directorate General of Civil Aviation has said that it would allow the sole Indian carrier operating this model to fly the plane after it has conducted its own safety validation tests.

Which airlines are now operating the 737Max?