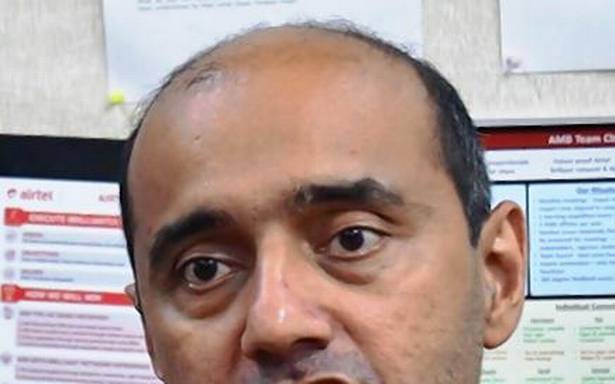 ‘Eyeing ₹300 ARPU over a few years for respectable ROCE’

Another round of increases in telecom tariffs is likely in 2022, Gopal Vittal, MD and CEO (India and South Asia), Bharti Airtel, said on Wednesday, adding that the company would not hesitate to be the first to make a move in this direction.

“I do expect a tariff hike sometime in 2022. I don’t think it’s gonna happen for the next three to four months…but I do expect another round of tariff increase. Of course, it’s got to be determined by the competitive dynamic and by what happens to the other players, but we wouldn’t hesitate to lead it just as we have as we’ve done in the recent past,” Mr. Vittal said on an analysts’ call.

Bharti Airtel had in November raised prepaid tariffs by up to 25%.

Noting that the pricing in India was ‘abysmally low’ when compared with other markets, including sub-Saharan Africa, Bangladesh or Indonesia, Mr. Vittal added that the company hopes to achieve average revenue per user (ARPU) of ₹200 preferably in 2022 itself. “And then [it] kind of settles in the next few years at ₹300, which is really [a] modest and a good level of ARPU, which can then turn a return of capital of upwards of 15%, which is really a kind of return that should be a respectable,” he said.

For the quarter ended December 2021, the company reported an ARPU of ₹163.

He added that while recent telecom reforms by the government were game changing, more needs to be done and the company was looking forward to the next round of measures. “In particular, the high levies on the industry need rationalisation. Equally, the reserve prices for 5G spectrum must be lowered so that it is viable for us to purchase spectrum,” he said.

Mr. Vittal said the auctions were expected to be held in May-June this year. The industry, he said, had argued for a dramatic reduction in reserve price as “we will not be able to afford to buy the spectrum at the reserve price that was there when the last auction happened. So, we are hoping that there will be a substantial reduction in spectrum prices.”