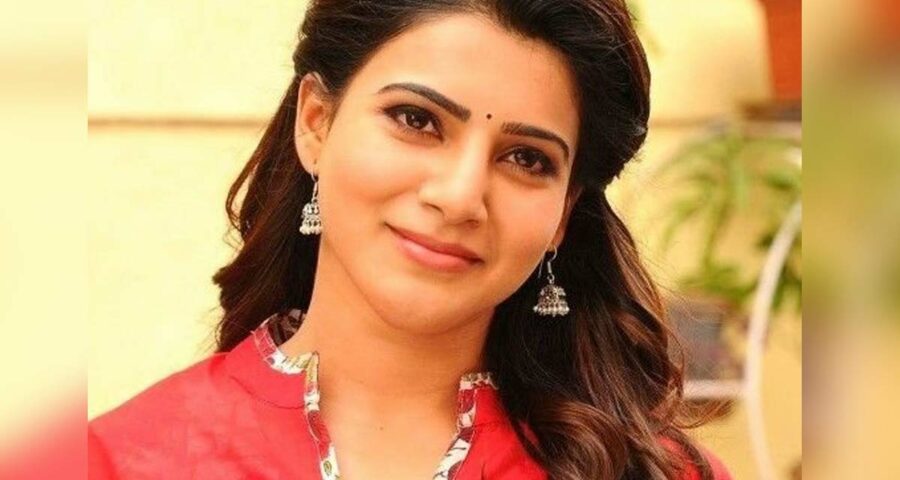 Samantha Akkineni, who was recently seen in  the web drama The Family Man 2,  will be next seen playing the lead role in Telugu period drama Shaakuntalam.   Samantha has wrapped up the entire shoot of  the film. Yesterday Samantha was spotted in Annapurna studios. Everyone was curious to know about the reason behind Samantha’ presence in Annapurna studios. Now according to the latest report, the actress visited  Annapurna studios for her dubbing part of the film Shaakunatalam. She is going all out to make this film quite special as she plays the  titular character.

Tipped to be a high budget film, the project Shaakuntalam  is being directed Gunasekhar, who is best known for his epic period drama Rudhramadevi with Anushka Shetty and Rana Daggubati.

Allu Arjun and Sneha daughter Allu Arha is making her acting debut with this film and she is playing the role of Prince Bharata, the son of Samantha and Dev Mohan.

Meanwhile, Samantha has also wrapped up the upcoming Tamil romantic comedy Kaathu Vaakula Rendu Kadhal, which also stars Nayanthara and Vijay Sethupathi. It is helmed by Vignesh Shivan, and is arriving at the theaters next year.

Recently Samantha has also signed Pushpa: The Rise where she will be seen shaking a leg with Allu Arjun in a special song.