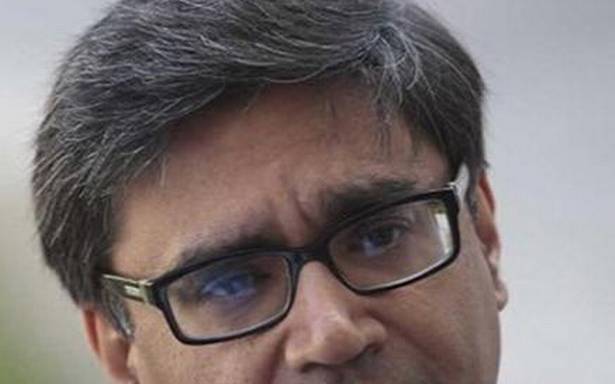 He handled relations with Beijing during the 20-month border standoff

Vikram Misri, who returned to Delhi last week after completing his stint as Ambassador to China, has been appointed the Deputy National Security Advisor (Dy NSA), working with NSA Ajit Doval at the National Security Council Secretariat here .

Mr. Misri will take over on January 1 after the tenure of Deputy NSA and former Ambassador to Russia Pankaj Saran ends and will work alongside the other two Deputy NSAs Rajinder Khanna and Datta Padsalgikar, both from the IPS.

Mr. Misri’s tenure in Beijing included coordinating the Mamallapuram meeting between Prime Minister Narendra Modi and Chinese President Xi Jinping. He was also responsible for handling relations with the Chinese government during the 20-month standoff along the line of actual control (LAC) since April 2020, as well as coordination during the pandemic. He is credited with keeping up the lines of communication during a period of heavy tensions in the relationship. He was also known for taking a tough line with China during an interview after the Galwan clashes in which 20 Indian soldiers were killed in June 2020, and said peace on the border was essential for progress in the rest of the bilateral relationship.

Mr. Misri’s expertise in dealing with China will be in focus in his role as Deputy NSA, as the two sides continue to face the challenge of completing the disengagement of troops at the LAC

Despite the downswing in ties, Mr. Misri was accorded a virtual farewell by Chinese Foreign Minister Wang Yi on December 7, where he praised him for his “hard work during his tenure”. According to a press release by the Chinese Ministry of Foreign Affairs, Mr. Misri had told Mr. Wang that though the ties had undergone many “twists and turns” they are full of opportunities, and a “silver lining in the dark clouds” could be seen.

Prior to Beijing, Mr. Misri, a 1989 batch IFS officer, was Ambassador to Myanmar, and before that, had two separate stints in the Prime Minister’s Office.