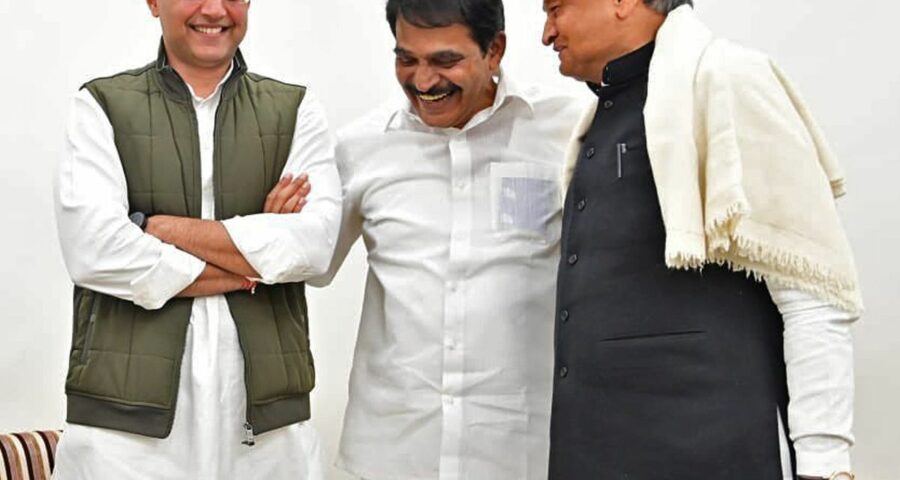 Amid an ongoing power tussle between Rajasthan Chief Minister Ashok Gehlot and his bete noire Sachin Pilot, All India Congress Committee general secretary K C Venugopal on Friday said “everything will be resolved smoothly” and the party is very much united in the state.

In an interview with PTI, Venugopal also exuded confidence that the Congress would win the Rajasthan assembly polls next year and return to power.

His remarks come after a major row erupted last month following Gehlot’s comments that Pilot is a ‘gaddar’ (traitor) and cannot replace him. The remarks drew a sharp response from Pilot who had said it was unbecoming of Gehlot’s stature to use that kind of language and that such “mud-slinging” would not help at a time the focus should be on the yatra.

Asked about the row and whether the differences between Gehlot and Pilot would be resolved, Venugopal, who is participating in the Rahul Gandhi-led Bharat Jodo Yatra, said, “Everything will be resolved smoothly.”

The party is very much united and working together, the AICC general secretary organisation said.

“We will win definitely, our chances are very bright,” he said referring to the Rajasthan assembly polls next year.

The escalation of the Gehlot-Pilot rift just ahead of the entry of yatra into the desert state had put the party in a spot but Venugopal’s visit to the state last week calmed tempers and in a show of unity both Pilot and Gehlot posed for the cameras along with the AICC general secretary.

Talking about the yatra completing 100 days, Venugopal Friday said there is tremendous momentum for the foot march and people have been welcoming it everywhere.

“The issues raised by this yatra are not political issues, they are issues concerning the people. The issue of unemployment, the entire youth of the country is disappointed, price rise is at its peak and the central government is misusing agencies to target people,” Venugopal said.

The BJP’s divisive politics only for winning elections has created a big division in this country and at such a time the Congress is undertaking this massive yatra to unite people, he said.

Asked if the yatra would yield electoral gains, Venugopal said this is not aimed at an electoral impact, but added that in the field, the yatra will definitely have an impact.

“This yatra has electrified our entire cadre. Our workers are now charged. We are going for a massive follow up programme from January 26 onwards from booth level upwards. This will certainly have an impact on the coming elections,” he said.

It has seen participation from a cross-section of society, including film and TV celebrities such as Pooja Bhatt, Riya Sen, Sushant Singh, Swara Bhasker, Rashami Desai, Akanksha Puri and Amol Palekar.