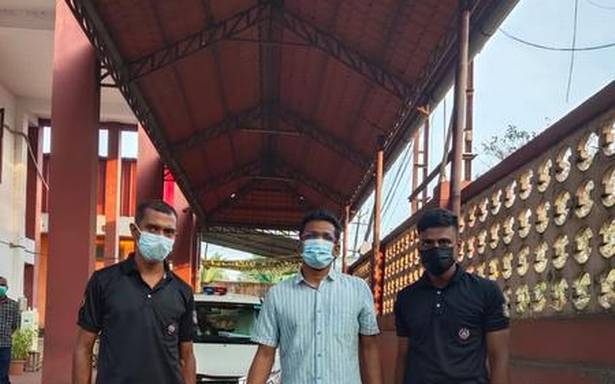 The 11-month-old dog has expertise in tracking explosives

The dog squad of the Ernakulam Rural police can now boast of a gold medal holder.

Arjun, a Belgian Malinois, joined the K9 squad after passing out of the Kerala Police Academy with gold medal. The 11-month-old dog has expertise in tracking explosives.

Arjun is the second Belgian Malinois in the squad, which has six dogs, including three Labradors and a Beagle. Belgian Malinois are known for dashing into a disaster site fearlessly and their distinct sniffing capacity. District Police Chief (Ernakulam Rural) K. Karthik said the addition of a new member would add to the bomb detection and disposal capabilities of the Rural police. Eldho Joy and K.M. Harikrishnan are the handlers. The K9 squad is under the charge of a 12-member team led by Assistant Sub Inspector P.N. Soman.