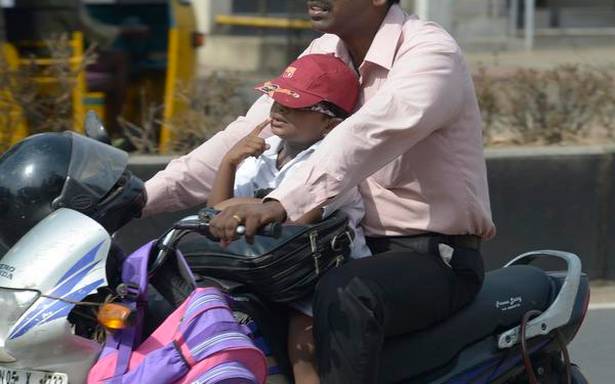 The Madras High Court on Thursday observed that the State Transport Commissioner was obligated to ensure strict compliance of the motor vehicle rules which require all two-wheelers to be fitted with rear view mirrors while being driven on the roads.

Chief Justice Sanjib Banerjee and Justice Senthilkumar Ramamoorthy said it might be advisable to instruct vehicle manufacturers and dealers to incorporate a clause that vehicle warranty would not apply if the rear view mirrors were removed by customers.

The court hoped that the State government, Transport Commissioner as well as the Director General of Police would ensure strict adherence to the motor vehicle laws and issue necessary instructions by taking into account the observations made by it.

The interim orders were passed on a public interest litigation petition filed by advocate B. Ramkumar Adityan of Thoothukudi. He had sought a direction to impose a fine of ₹500 on those who ride two-wheelers without rear view mirrors and ₹1,500 on repeat offenders. In his affidavit, the petitioner had stated that the number of two-wheelers in the State had increased exponentially from 32.14 lakh (8.35 lakh motorcycles, 5.46 lakh scooters and 18.32 lakh mopeds) in 1999 to 2.49 crore (1.57 crore motorcycles, 36.59 lakh scooters and 54.74 lakh mopeds) in 2020.

Further, pointing out that a majority of the fatal road accidents involve two-wheelers, the petitioner said rear view mirrors on both sides of the handle were an essential part of these vehicles since they help the riders get a better view of the traffic behind them.

Nevertheless, most two-wheeler riders remove the rear view mirrors either for styling purposes and other reasons and the traffic police seldom fine such people, he complained. The petitioner claimed that the absence of rear view mirrors was viewed seriously by the police in other States.