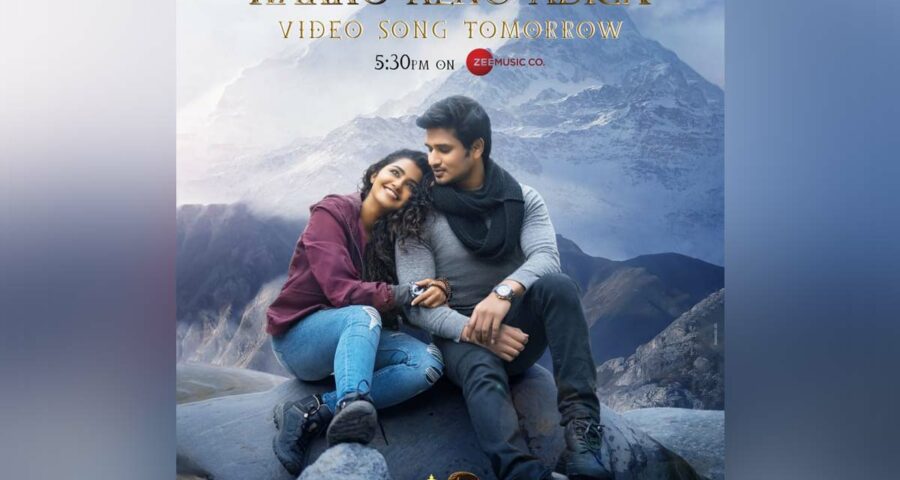 Nikhil Siddharth and Anupama Parameswaran‘s upcoming movie is a mysterious thriller, titled Karthikeya 2, which is a sequel to a 2014 film with the same title. The film is run by the director Chandoo Mondeti. The film is currently in its promotional phase. And recently, it was confirmed that the film has postponed to August release. But the date is yet to be revealed.

Regardless of that, the makers have decided to release a full video song from the film on Zee Music today at 5.30 pm. The song titled, “Nannu Nenu Adiga”. The news is being published by the makers with the help of a brand new poster of the film. The video song is billed to be a soothing melody and it can definitely create much hype to the film.

Surprisingly, the full video song will be released on YouTube as well. Karthikeya 2 team is the first to release a full video song, instead of a lyrical video song, ahead of the film’s release. So, let’s see how far it will reach the minds of the audience and impress them.