The next time you need to reject someone for a second date, try some of these tips.
We won’t promise that these will make rejection a piece of cake, but these will assuredly make it comparatively easier for both of you to move on, says Ravi Mittal, CEO, Quack Quack, an online dating app.

So you went on a date with one of your matches and did not feel the chemistry?

The natural course of action would be to say no to any more dates with this person.

The trickiest part of rejecting a match after the first date is how to say it.

We tend to stretch it, go on a second date, maybe a third even, just because we are afraid of hurting the person. That doesn’t help anyone.

Fret not! We have curated a list of tips especially for you to let your date down gently, with minimum damage.

Nothing beats being clear about your intentions.

Once you realise the connection is not there, let your date know about it.

Tell them you feel that your vibe does not align with theirs.

There is no point in stretching it to a second date and rejecting them.

You would be wasting both of your time, and in the meantime, your other potential dates might get swept off by someone else.

Do yourself a favour — spell it out at the initial stage itself.

Have you ever been on a date where you felt this person would be so much better as a friend?

I suppose we all have been there.

When this happens, instead of saying, “I don’t want to date you,” ask if you guys can be friends.

It will not only soften the rejection blow, but you may as well leave the date with a life-long friend. I would call that productive.

One of the unspoken rules of rejecting a person after the first date is to make it clear that it is about you and your choice.

The issue is with what YOU want and not what they lack.

Please refrain from saying cliched dialogues like, “It’s not you, it’s me.”

Also, try to keep it simple and precise but never too short. You do not want to sound rude and ingenuine.

This method only applies if you had an awful date.

The no-contact technique works the best in that case.

As per one of our surveys, 13% men from tier 1 and 2 cities recommend not texting or calling after the lousy first meet-up. Your date will get the hint.

Try not to adopt this technique if your match was a nice person, but unfortunately, there was no chemistry.

It’s not their fault, so let them down gently.

Don’t go poof on your date just because they were not the prince charming or the Cinderella you expected them to be.

Unless they had a terrible attitude, you need to call them up and clarify that you don’t see a second date happening.

You owe them that. And your ghosting might make your date spiral and consider your ignorance as their fault.

As much as your view might hurt them, a lack of communication will be worse.

Don’t be the reason for someone’s prolonged agony. Explain yourself!

There’s no need to point out every excruciating detail about why you did not like them and why you would not want to continue dating.

As per some of our female users, you can be honest and mention that you did not like them, but don’t say why unless they pester you for a reason.

There’s no point in disclosing that you didn’t like the way they chew or that their grammatical errors made you want to cry.

Since you are already rejecting the poor fellow; the least you can do is be kind to them.

Try to be gentle with your words.

Explain your reasons in a way that doesn’t hurt their self-esteem.

The trick to doing it is to say something positive about the date first. And then respectfully decline a second date.

You are rejecting a person. Most likely, it will hurt them.

Now, it can go either of the two ways —
1. The person might take it sportingly, and you will amicably sort it out and move on.
2. The person may get defensive and be utterly pissed at you for rejecting them.

So, brace yourself for a backlash.

If your date starts using abusive language, the best thing is to block them. Don’t stoop to their level.

If they try to gaslight you, do not fall for it.

You made a decision based on your observations, and you should stick on to it.

Have you ever heard of a compliment sandwich? It is the art of saying something tricky sandwiched between compliments.

In simple words, first, you say something positive about the person.

Then mention even though they are amazing, you don’t see it working between the two.

And, in the end, say something positive about the date, something that you appreciated.

Slotting in the truth between positive affirmations works the best.

People don’t want their egos hurt, and this is the best way to make sure of that.

Are you sure you don’t want to see this person again?

Maybe they were not as tall, or they were the shy kind. But is that reason enough to decline a second date?

Who better to help you out than your best friend. An outsider’s perspective might help you make the right decision.

After much deliberation, if you still feel that they are not the right match for you, ask your friend to help with your rejection speech.

A fresh outlook might help with that as well.

As easy as your date thinks it is for you to reject them, you and I both know it is one tough cookie.

From the words you use to the tone you take, everything counts.

One tiny eye roll can get you tagged as the ‘arrogant pr**k’.

So, the next time you need to reject someone for a second date, try some of these tips.

We won’t promise that these will make rejection a piece of cake, but these will assuredly make it comparatively easier for both of you to move on. 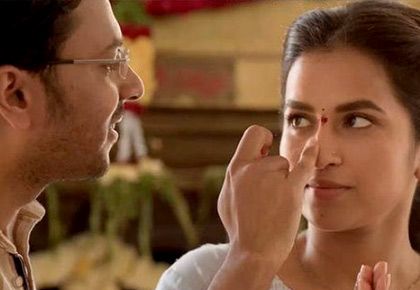