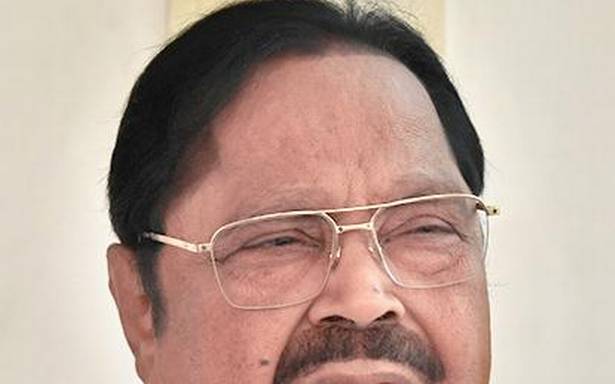 Minister for Water Resources Duraimurugan is expected to lead a delegation of all legislature parties of Tamil Nadu to New Delhi later this week, call on the Union Minister for Jal Shakti and oppose Karnataka’s plan for a dam across the Cauvery at Mekedatu.

Some of the representatives are likely to leave for the national capital on Thursday, while the others are expected to reach New Delhi on Friday, official sources said.

“Discussions are on whether each party will send one or two representatives.”

The delegation is likely to camp at Tamil Nadu House until it meets the Union Minister.

The team is expected to hand over to the Union Minister a copy of the resolutions passed at the meeting of all legislature parties held in Chennai on July 12. “A memorandum is also likely to be handed over…,” a source said.

The meeting, convened by Chief Minister M.K. Stalin, unanimously passed a resolution urging the Union government not to accord any permission to Karnataka to construct a dam at Mekedatu.

The parties said no construction activity must be undertaken at Mekedatu without permission from the downstream States as ordered by the Supreme Court.

They contended that the proposed dam would affected water supply for irrigation in Tamil Nadu.

The parties, including the BJP, backed the State government in its efforts to prevent Karnataka from building a dam at Mekedatu.

Mr. Stalin met Prime Minister Narendra Modi in New Delhi last month and opposed the proposal. He also wrote to his Karnataka counterpart, urging him against the plan.