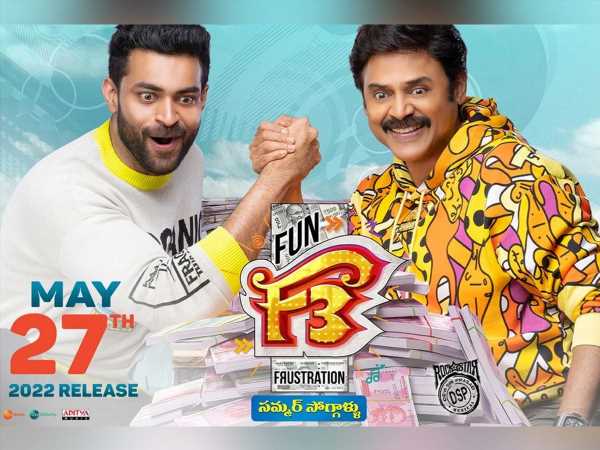 F3 is a romantic and comedy movie which is helmed by Anil Ravipudi and bankrolled by Dil Raju under the banner of Sri Venkateswara Creations. The movie starring Venkatesh Daggubati, Varun  Tej, Mahreen Pirzada and milky siren Tamannah Bhatia in the lead roles. F3 will be available for streaming on SonyLIV from 22nd July. Interestingly,  Anil Ravipudi’ magnum opus F3 will also be premiered on Netflix along with SonyLiv. It is a double bonanza.

The movie F3 was released on 27th May 2022 worldwide in a very grand manner and nearly after two months, the film is premiering on OTT platforms.

F3 is all about the story of Venky(Venkatesh) and Varun(Varun Tej) who are always after money. After failing to make big money, they come to know that a rich businessman (Murali Sharma) is looking for his lost son. So they decide to go in as the lost son and inherit the crores of property. How will they do all this, form the rest of the story. Anil Ravipudi’ magnum opus  F3 is a full on masala film with good entertainment packed .