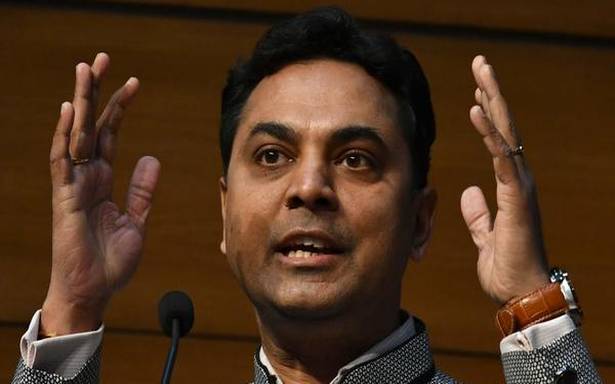 Asserting that the disinvestment target of ₹1.75 lakh crore for 2021-22 was ‘eminently achievable,’ Chief Economic Adviser (CEA) K. V. Subramanian on Saturday said the proposed initial public offering (IPO) by LIC itself could garner ₹1 lakh crore for the government.

He also said targeting of retail inflation by the Reserve Bank of India (RBI) has helped bring down the volatility and level of inflation.

The RBI’s Monetary Policy Committee has been mandated to maintain annual inflation at 4% until March 31, 2021, with an upper tolerance of 6% and lower limit of 2%. Speaking at a virtual conference organised by Jana Small Finance Bank, the CEA said the disinvestment target of ₹1.75 lakh crore for FY22 is actually a carry over of the ₹2.10 lakh crore target set for the current fiscal ending March 31. “Of this, BPCL privatisation and LIC listing itself were important contributors. There are estimates suggesting ₹75,000-₹80,000 crore or even higher can just come from the privatisation of BPCL. LIC IPO could bring in ₹1 lakh crore approximately,” he said. With regard to LIC’s IPO, the Centre has already had amendments in the LIC Act passed through Finance Bill 2021 in Parliament.

“These are numbers (disinvestment) which are imminently achievable because the work had begun on many of these and they will be completed in FY22.”he said.

Recalling Prime Minister Narendra Modi’s statement on privatisation, he said these are signature changes that are happening.

Prime Minister Modi had last month said the government has no business to be in business and his administration is committed to privatising all PSUs barring the bare minimum in four strategic sectors.

Mr. Subramanian also emphasised that India needed a lot more banks for meeting its growth potential. He cited the example of the U.S. which, with one-third the India’s population, has about 25,000-30,000 banks.

During 2022-23, it could moderate to 6.5-7 per cent and thereafter 7.5-8 per cent, aided by the reform measures announced by the government recently, he added.