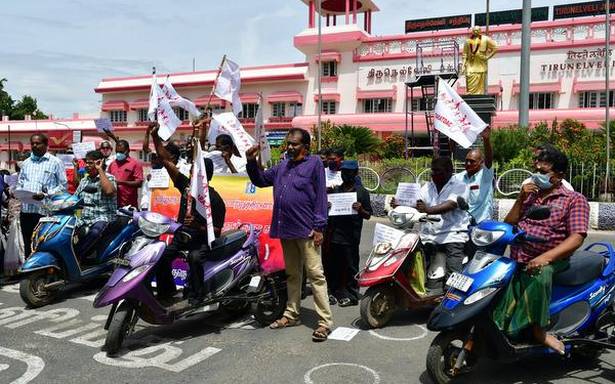 Seeking differently abled-friendly facilities in the railway stations across the country, the physically challenged persons staged a demonstration in front of Tirunelveli railway junction on Wednesday.

The protesters said the specially designed railway coaches, which are easily accessible for the differently-abled, should be operated again. Lifts and the escalators should be installed in all major railway stations to ensure hassle-free movement of the physically challenged inside the railway stations. The platform ticket fare of ₹ 50 should be withdrawn, they said.

The fuel subsidy being given in the union territories of Puducherry and Chandigarh should be extended in Tamil Nadu also, they said.