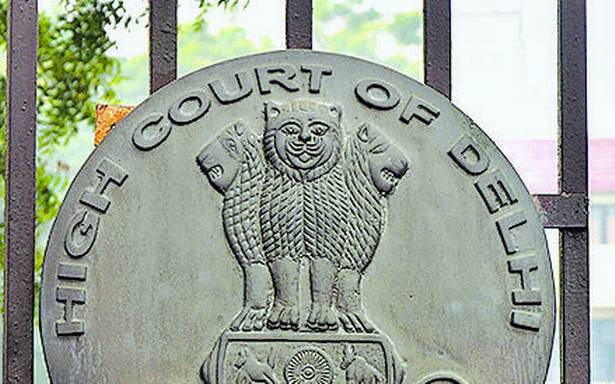 HIV+ petitioner has been transferred to Cachar in Assam

“Justice to which mercy is alien is no justice at all”, the Delhi High Court remarked while staying the transfer of a HIV+ Border Security Force (BSF) jawan from Delhi to Cachar in Assam.

A vacation bench of Justice C. Hari Shankar and Justice Subramonium Prasad also expressed disapproval of the decision of the BSF in resisting the voluntary retirement application of the jawan.

“We cannot appreciate the insistence of the respondent (BSF) on the petitioner (jawan) joining duty at Cachar, in his precarious medical condition, even while keeping the application pending,” the High Court observed.

The court’s order came on plea of the jawan who has contested the June 9, 2021 order of the Force to transfer him to a Battalion in Cachar, Assam, located on the Indo-Bangladesh Border.

The jawan contended that owing to his affliction, he is undergoing Mega Highly Active Retroviral Therapy at the base hospital and at the All India Institute of Medical Sciences (AIIMS) at New Delhi.

As travelling to Cachar and discharging duties would be severely deleterious to his health, and could also imperil his life, he applied for voluntary retirement on June 9, 2021.

Meanwhile, a subsequent movement order was issued by BSF, relieving him of his duties at Delhi with effect from June 21, 2021 and directing him to report at Cachar on or before July 5, 2021.

The BSF’s counsel, however, submitted that the jawan ought to have submitted his voluntary retirement application at the Battalion in Cachar as he stood transferred to the said office.

The counsel also argued that the jawan ought, in good faith, to have submitted his application of voluntary retirement at least three months before the expiry of his tenure. He stated that there are as many as 17,129 BSF personnel who are in the Low Medical Category, of which 16,029 suffer from chronic diseases and 667 suffer from HIV.

The jawan submitted since he was detected HIV+ in 2007, he has always been posted in a place — Delhi, Gandhinagar and Kolkata — which has nearby access to specialist HIV treatment facilities.

The High Court noted that though it was “hopeful that a more compassionate approach would have been adopted by the respondents (BSF), keeping in view the medical condition of the petitioner; nevertheless, the respondents have chosen to contest the petition”.

The order also noted it was a matter of common knowledge that, over a period of time, HIV being a progressive disease, the condition of the patient usually deteriorates. In this context, the jawan pointed out that he has a CD4 count of 215, which is a borderline count between HIV and AIDS.

It also highlighted the Ministry of Home Affairs guidelines of September 28, 2017 which clearly require that P-3 medical category BSF personnel be posted at a place which has a humidity level of less than 75 % round the year and has access to specialist services nearby.

“The petitioner does not insist on retaining posting at Delhi. He has, very fairly and at the cost of his career, agreed to voluntarily retire, in accordance with the BSF Rules,” the High Court said while staying the transfer and movement orders till the next date of hearing on September 6.