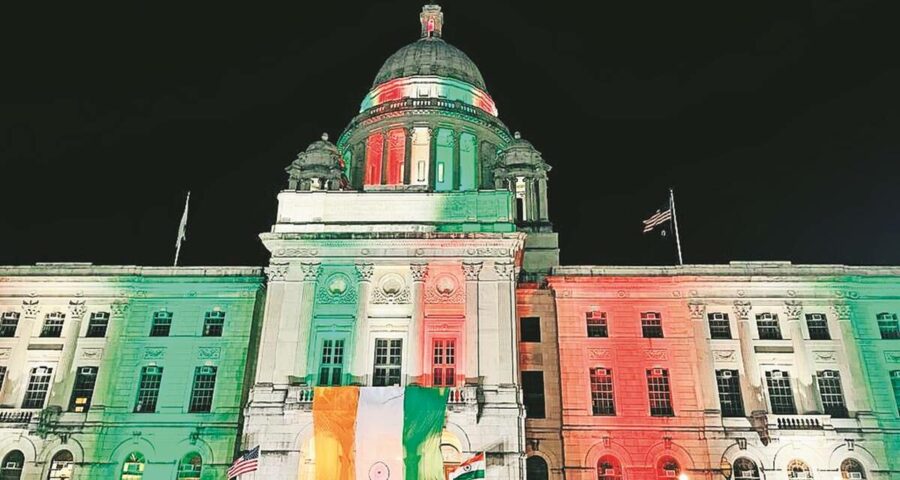 The Meštrovic Pavilion, also known as the Home of Croatian Artists, is a cultural venue and the official seat of the Croatian Society of Fine Artists located in central Zagreb. IT WASN’T just in India but in far away Croatia as well that the government’s Amrit Mahotsav, to mark the 75th Independence Day, was also celebrated. Wishing India and its Foreign Minister S Jaishankar, Croatian Foreign Minister Gordan Grlic-Radman said not only was the iconic Meštrovic Pavilion lit up in the Tricolour, young artists from Croatia participated in an open air painting exhibition on Amrit Mahotsav. The Meštrovic Pavilion, also known as the Home of Croatian Artists, is a cultural venue and the official seat of the Croatian Society of Fine Artists located in central Zagreb.

IN TANDEM with the Prime Minister’s announcement of trains connecting every part of the Northeast, the Railways has already expedited the work in earnest. Railway Minister Ashwini Vaishnaw will be taking a review of progress of every kilometre of work in the Northeast connectivity project from Monday. Word has gone out to engineering and other verticals to pull up their socks. In a similar review over the weekend on cargo movement, Vaishnaw told senior officers that focus should be on India first and India always, as well as read the riot act to non-performers.

WHILE ALL the new Union ministers will embark on Jan Ashirwad Yatra in their respective states, Labour and Employment, Environment Forest and Climate Change Minister Bhupender Yadav will have his feet in two states. Yadav, who would begin his yatra from his village in Gurgaon on Monday, will be in Rajasthan by Thursday. He will visit Alwar, Jaipur and Ajmer during his three-day visit to the state, which he represents in Rajya Sabha.