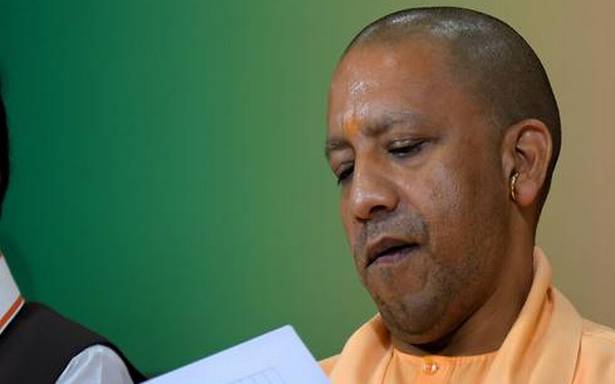 If the underpinnings of the BJP’s 2017 mandate were contextual rather than absolute, the party could be dislodged

At the outset, we must account for this repeated failure to foresee emerging trends in Uttar Pradesh politics. A large part of the blame can be laid on the obsessive focus on caste arithmetic, heuristic categories frozen from the 1990s, that often blurs the larger picture. The big lesson from the last 15 years is that the State of Uttar Pradesh has moved from a rigid identity politics of caste and community to a focus on identity plus governance. A large floating voter population has gradually emerged, spanning across demography, which is fiercely calculative, and driven by aspirations for a better life.

This has powered the transition of Uttar Pradesh, from the messy fragmentation of the coalition era of the 1990s and early 2000s, to the era of stable, single party majorities. Although caste and community identities remain important, Uttar Pradesh voters, like elsewhere, have little patience for misgovernance — they have thrown out every incumbent government since 1989.

But the Bharatiya Janata Party (BJP) government has reasons to be confident of bucking the trend. The sheer scale of its victory in 2017 provides it with a formidable cushion. It received a vote share of almost 40% in the last election, with an average constituency-level winning margin of an incredible 15%.

It is quite conceivable for the party to lose a significant chunk of its vote in the next elections, and still emerge with a majority. In comparison, the Bahujan Samaj Party (BSP) and the Samajwadi Party (SP) received a majority, with 30% and 29% of the vote share, respectively.

Factors behind the mandates

There are two ways of reading the massive 2017 mandate of the BJP. The first is to read it as a historical break where the BJP’s ideological triumph fundamentally re-configured the caste-community voting patterns of the State. The second is to read it in the context of the last 15 years, where a large floating voter population, frustrated with the incumbent, flocked behind the clearest alternative. In this framework, just as the 2007 and 2012 majorities did not reflect a long-term realignment in favour of Bahujan (or ‘sarvajan’) politics or Lohiaite socialism, the enormous mandate received by the BJP in 2017 was also not exclusively a function of Hindutva.

In all three cases, the success of the social engineering or ideological messaging crafted by the eventual winner was contingent on their party becoming the vehicle for the electorate’s accumulated resentments and aspirations, shaped by the specific failures of the incumbent. Under the rubric of Hindu identity, and the leadership of Narendra Modi, the BJP became the vehicle for an electorate angry with the crime, corruption and Yadav favouritism under the Samajwadi Party government. The backdrop of communal riots and the increased presence of Muslims in the local power elite, added to this glue of this Hindu consolidation.

However, as the ascension of BJP from 1991-98 in the State, and the subsequent decline for two decades demonstrated, Hindu consolidation in a State like Uttar Pradesh could be an ephemeral phenomenon.

If the underpinnings of the BJP mandate of 2017 were indeed contextual rather than absolute, the BJP can indeed be dislodged from power in the State, provided there are two conditions: one, the presence of strong anti-incumbency; and two, the emergence of a clear alternative that transforms the election from a multi-polar to a largely bi-polar contest.

Let us come to the first question: is there a high level of anti-incumbency against the Yogi Adityanath government that can hurt its prospects?

In choosing Mr. Adityanath, a relative lightweight outside of his bastion in Gorakhpur, to lead the State government, the Narendra Modi-Amit Shah team made two bets, informed by the party’s previous experience in the State.

First, only hardline Hindutva could contain caste contradictions and lead to a durable Hindu coalition. In the wake of the Ram Janmabhoomi movement, the BJP had assembled a powerful coalition of upper castes, upwardly mobile castes such as Jats and Gujjars, and Other Backward Classes (OBC) such as Kurmis and Lodhs. This Hindutva coalition, however, soon came apart from internal strife between the upper caste and the OBC factions, culminating in the expulsion of the OBC Kalyan Singh from the party in 1999.

Second, only an authoritative style of leadership could maintain Hindu unity and also create a governance constituency. The largely collective leadership of the 1990s and early 2000s — in which the BJP installed three different Chief Ministers — had provided a confused and disunited front, and consequently failed to compete with Mayawati and Mulayam Singh Yadav.

Both of these bets, have, arguably, not paid off for the BJP. One, as a political outsider to Lucknow, the first thing Mr. Adityanath did was build his own political support base on his Thakur identity. Much like previous leaders, Mr. Adityanath filled State institutions, be it zilla parishads, civil servants or station house officers, with his own caste men to wield direct power over the administration. The frequent allegations of ‘Thakurvaad’ or Thakur domination against his administration suggests that Mr. Adityanath has not so far proved to be a leader with a pan-Hindu appeal in the mould of Mr. Modi.

Two, the authoritative style of governance has provided indifferent results. While Mr. Adityanath does possess some governance appeal — having a relatively clean and ‘tough on crime’ image — he has largely been unable to associate himself with either a social welfare constituency or marquee developmental projects. On top of it, the novel coronavirus pandemic has severely diminished his governance credentials; any improvement in the ease of business index pales in comparison to images of bodies floating in the Ganga. The dramatic State failure during the second wave of the pandemic also threatens to become a coalescing point for all the material anxieties persisting under the surface, such as unemployment, sluggish growth and farmer distress.

The aspirations of the floating voters who deserted Ms. Mayawati in 2012, and Akhilesh Yadav in 2017, has, arguably, remained unfulfilled under Mr. Adityanath’s regime.

Where the Opposition stands

This brings us to the second question: is there a clear alternative that transforms the election from a multi-polar to a largely bi-polar contest?

A quick scan of the Opposition ranks indicates that only the SP presently possesses the strength to challenge the BJP.

The BSP under Ms. Mayawati has been in constant decline in the State from 2012. The party has lost touch with its roots in political activism for a long time now, and its organisation has withered away under an insular leadership. The steady desertion of leaders gives further evidence of a party in a death spiral. Similarly, there are little signs of a Congress revival, the latest indications being its disastrous returns in the panchayat elections.

All of this plays well into the SP’s strategy of making this electoral contest into a largely bipolar race. A perception of a straight fight between the SP and the BJP might well consolidate local elites, and a disgruntled electorate, behind the party symbol. But there are reasonable grounds to doubt whether the SP can defeat the BJP in a bipolar race. For one, the party has never crossed the 30% vote share mark in State elections.

In order to defeat the BJP, the SP party would need to go well beyond plebeian caste consolidation and minority insecurity, and court floating voters with a broad-based, positive message of development. In this regard, Akhilesh Yadav can borrow from his own template of 2012, where he ran a successful campaign focused on employment, electricity and education.

The choice of Mr. Adityanath was essentially informed more through the lenses of ideologically cementing the Hindu vote rather than the fulfilment of the governance aspirations of the floating voter. If the BJP manages to fritter away its enormous mandate, it would derive from the same source of hubris that felled previous incumbents: overly reading into the mandate its own ingenious social engineering or sweeping ideological triumph rather than the contextual aspirations and resentments that underlay it.

Asim Ali is a Research Associate with the Centre for Policy Research, Delhi