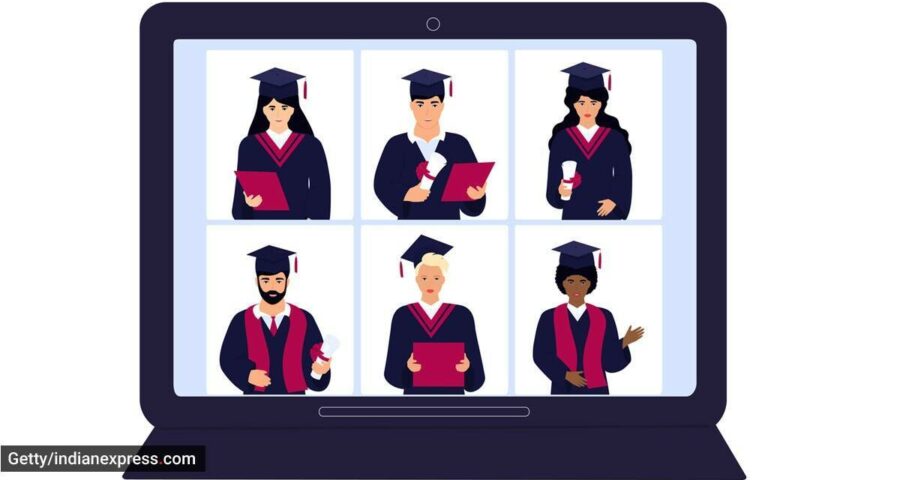 The biological enemy is overshadowed by our deep-seated virus of hatred, prejudice and insensitivity towards core issues like health and education A few weeks ago, at the virtual farewell party organised by your juniors, five people known to me were battling for their lives. The invisible enemy that we foolishly thought had been contained was resurgent in uncontrollable ways by April. Kumbh and Kolkata gatherings had showcased the absurd cultural and political hues of our democracy. One of those who lost the battle was my hostel warden from JNU days, an accomplished Fulbright economist, who was carried out by the police and an ambulance for his final journey, unaccompanied by his son and wife who had the same “positive” traits that took his life. The other was my old teacher from Jamia. The thought of them having gasped for breath, waiting for hospital beds and oxygen, given a hasty cremation, made it seem like a dystopia unfolding. Soon after, the latter’s daughter, her caregiver, lost the battle to this engulfing virus. Now I have started losing count of all those who joined the world of the dead. I have attended numerous online condolence meets for our “significant others”, who went like the proverbial dominoes, in the last fortnight. As I write, I am yet to process participation in an online cremation of our closest friend, whose 20-year-old son went through it all alone. No amount of Mahamrityunjay or nam myoho rengeh kyo chants helped.

I am narrating this to you after also attending the final farewell of a very young member of our family. Nakshatra was an 18-year-old boy from Gwalior, who could have been your junior, had healthcare and Covid protocols been prioritised by our politicians. His being snuffed out, in hospital, happened in the cruellest form that misgovernance and convoluted senses of power can reflect. This is a typical case of how macro-level politics can play itself out in micro-level settings. In that meeting, his parents related their agonising journey of seeing their child gasp for breath and their heart-wrenching narrative revealed frantic attempts to get hospital admission, increasingly demoralised son, non-transparent treatments, even a short-lived success of being able to remove their son’s name from the list of patients who were to be surreptitiously eased out, due to shortage of oxygen. Nakshatra was to take the 12th board examinations this year. How did his life have such a horrific end?

Hope your sociological imagination will help you to understand the above narratives as a metaphor for what’s happening to our country. Beware! Even the young are not being spared. This one is the real war which we could have easily won. It is this war that warranted multipronged surgical strikes, not the much-proclaimed ones which were mostly skirmishes touted as major militaristic feats.

So go on, my students — recognise the virus within. Do try to reflect if we, as a country, could have done things differently. Is there such a culture of indifference, one-upmanship and sycophancy in the politics of our land that petty blame-gaming becomes our forte rather than rational strategising? The biological enemy is overshadowed by our deep-seated virus of hatred, prejudice and insensitivity towards core issues like health and education. Being defensive about mismanagement becomes the ready reckoner for most politicians. You have read enough on capitalism, inequality, religion, power etc. As examinees, I am confident you will perform well. But just for humanity’s sake, do you see the criminal negligence and callousness of the power elite? How they hoard oxygen, medicines, protect or ignore Covid profiteers and dress up statistics? Did you observe that the world’s biggest pharmaceutical producer facilitated the distribution of vaccines outside but did not have enough within the country? Why aren’t vaccines freely available? Why were large gatherings allowed at the height of the spread? Do you see the mockery of democracy where some communities are seen as anti-national and another gets away with sacred approval, for the same act? In case you think this is about a Right-Left narrative or Majority vs. Minority identities, come out of those binaries. In 2021, we have moved far beyond that. Note closely how the failure of leadership and lack of transparency can literally determine the course of our lives, and, in such a deathly way. So stop blaming any one party in this diabolic reality we are living and dying in. It’s a collective failure.

This farewell note to you is dedicated to the many close ones who could have lived on, especially to young Nakshatra. You, my dear young sociologists, have been skilled for being sensitised bureaucrats, lawyers, social workers, researchers, filmmakers, etc. But, I do hope some of you consciously choose politics as a full-time vocation, and promise that you will not let the country come to such a pass where death, dying and despair are the new normal, caused by a political virus, not a biological one.

If this is not war, what is?

Stay safe and bring back a healthy and happy India!

The writer is associate professor of sociology, Hindu College, University of Delhi