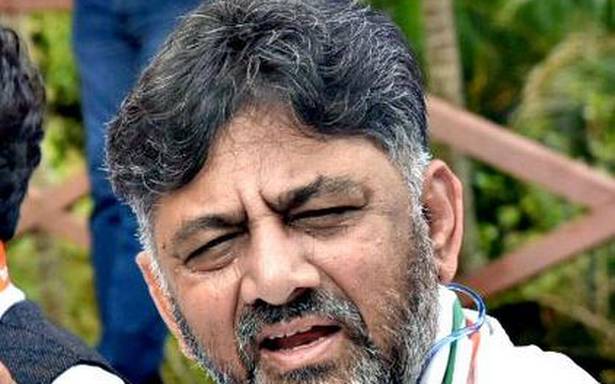 The KPCC chief dials Telangana CM to resolve the issue

Karnataka Pradesh Congress Committee president D.K.Shivakumar helped Shashikala Manjunath of Mandya district in getting her husband’s body released who succumbed to COVID-19 at a private hospital in Hyderabad.

Ms. Shashikala had reached out to Mr. Shivakumar through Twitter for help as a private hospital had refused to release the body of her husband who could manage to pay just ₹2 lakh against the bill of ₹7.5 lakh, according to a KPCC release.

“I request Telanagana CM KCR Garu to kindly help the family of Shashikala Manjunath from Mandya, whose husband died at Medicover hospital. She informs me the hospital isn’t releasing his body as she has been able to pay only 2 lakh out of the 7.5 lakh bill,” Mr Shivakumar said in a tweet.

Taking a prompt action, Chief Minister’s son K.T.Rama Rao immediately swung into action and directed health department officials to get in touch with the private hospital and resolve the case.

“Shivakumar Garu, Will take care immediately if you can pass on her contact information. KTR Office will get in touch with the hospital immediately,” Mr. Rama Rao said responding to Mr. Shivakumar’s tweet.

Karnataka Youth Congress activists rushed to Hyderabad to assist Ms. Shashikala and get the matter resolved.

The KPCC chief had launched a social media based helpline last week where he had committed to resolve peoples’ grievances who were being fleeced by private hospitals during the pandemic, said the release said.