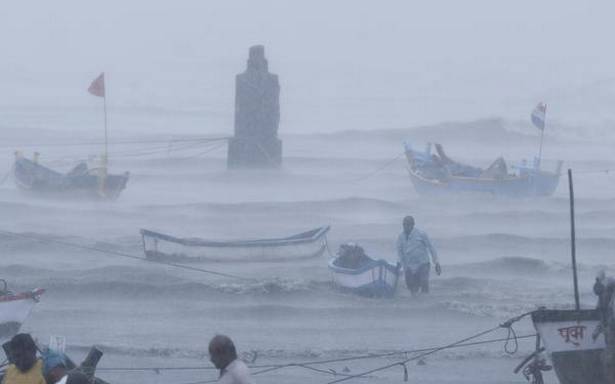 A total of 60 persons from Barge P305 off the Mumbai coast have been rescued as of 11 p.m. on Monday of which 42 were rescued by INS Kochi and 18 by offshore support vessel Energy Star in extremely challenging sea conditions due to Cyclone Tauktae, the Navy said.

“Search and Rescue (SAR) operations will continue through the night for the remaining crew,” a Navy Spokesperson said.

In a separate effort, INS Kolkata has rescued two survivors from the life raft of vessel Vara Prabha and has now joined INS Kochi for the SAR of Barge P305 crew, the Spokesperson stated.

In the second SAR effort underway, ‘Gal Constructor’ a barge with 137 persons onboard has been adrift off Colaba Point due to engine trouble. “The vessel has been approached by an emergency towing vessel ‘Water Lily’ which has arrived in its vicinity for rendering assistance,” the Navy said adding, the barge continues to drift in view of extreme sea conditions.

These ongoing rescue efforts will be augmented by Naval aircraft and helicopters, weather permitting, at first light on Tuesday and the SAR efforts will be continued through the day, the Spokesperson added.