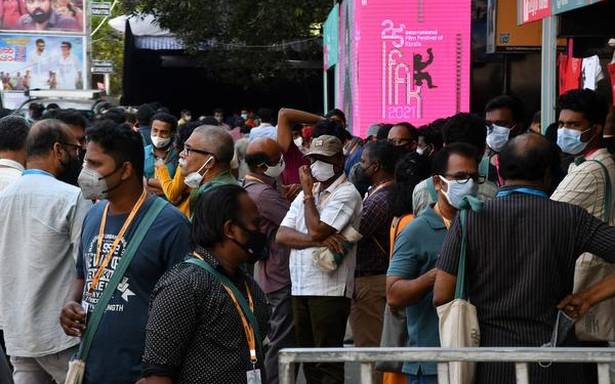 The Kochi leg of the 25th International Film Festival of Kerala (IFFK) concluded here on Sunday.

The five-day festival held in compliance with COVID protocol witnessed the screening of about 80 films and enthusiastic participation of delegates.

Malayalam films such as Lijo Jose Pellissery’s Churuli, Jayaraj’s Hasyam, Biriyaani, and Santhoshathinte Onnam Rahasyam were well-received by the audience. The festival screened films by 10 debutant directors from different languages. Thirty-three films that were screened in the festival were fully or partially made during the pandemic period. While the festival started with the movie Quo Vadis, Ida?, the story of the Bosnian genocide, the curtains came down after the screening of the Belgian film Summer of 85.

The Man Who Sold His Skin, Wife of a Spy, Never Gonna Snow Again, The Waste Land, Kosa, and 9,75 Santimetrekare were among the popular films at the fest.

In the Kaleidoscope category, Malayalam films such as Biryani, Vasanthi, and 1956, Central Travancore stood out, according to a press release.

Laila in Haifa, a 2020 Israeli-French drama directed by Amos Gitai, received audience’s applause when it was screened as part of the World Cinema category at the festival on Sunday. The movie portrays women who are totally dissatisfied with their family lives, and go in search of other pleasures. However, even as they look for pleasure, they fail to find out a better world where they can be happier.

The third leg of the IFFK will begin on February 23 at Thalassery.