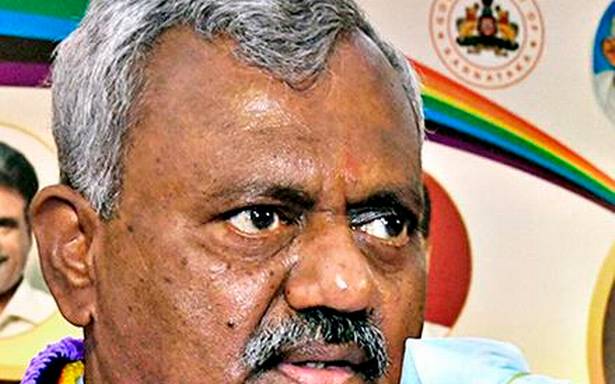 Crops on 500 hectares of land and 1,600 km of road has been damaged during the recent spell of rains in Mysuru district.

Disclosing this to reporters in Mysuru on Saturday, Minister in charge of Mysuru district S.T. Somashekar said the Deputy Commissioner had sent a detailed report on the damage caused by rain in the district to Chief Minister Basavaraj Bommai.

The report also includes the damage caused to 1,994 houses including 87, which were completely damaged, and 1,907 that were partially damaged. The rains had also claimed three lives. While 1,100 km of roads in urban areas of the district had been damaged, 500 km of the roads in rural areas had been damaged in the rain, he said. A total of 67 school buildings had been damaged while 133 electric poles had collapsed.

Though an initial estimate of ₹9.5 crore had prepared for the repair of the road atop Chamundi Hill, where landslips were reported after the recent spell of rains, Mr. Somashekar said the officials had been told to prepare a fresh report after the rains completely subside.

A decision on payment compensation for crop loss and release of funds for repair of infrastructure will be taken by the Chief Minister, who had already received a copy of the Deputy Commissioner’s report, Mr. Somashekar said. To a question on the collapse of houses in Mysuru, Mr. Somashekar said the Deputy Commissioner had also had a survey of houses that were on the verge of collapse. Mysuru district had received unprecedented rainfall during November this year, he said.

Fielding questions on his special officer Dinesh G. contesting elections in Mandya from the Congress, Mr. Somashekar said he had been relieved from duty the moment he received information about the same. “He informed me about his desire to contest the elections. I immediately wrote to the authorities to relieve him from duty. I have also informed the party leadership about the same,” he said.