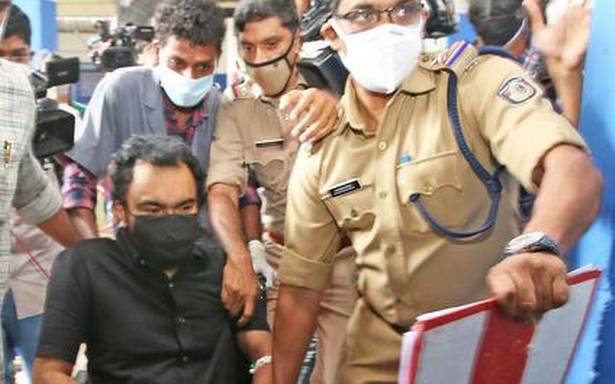 The Crime Branch (CB) sleuths are gearing up for an intensive three-day interrogation after they were given as many days custody of Monson Mavunkal, the self-styled antique dealer and confidence trickster, on Tuesday.

He is unlikely to be taken around for evidence collection as is usually the norm as the CB remain confident that a thorough interrogation would suffice to elicit critical details. Statements will also be collected from people associated with the alleged fraudster, including his present and former employees and petitioners on whose complaint he was arrested on Sunday.

Notwithstanding the many other allegations that have sprung up implicating big names from political, police, film and civil service fraternity, the CB probe remains strictly restricted to two cases of fraud – cheating the six petitioners of ₹10 crore and a resident of Pala of another ₹1.50 crore.

However, the fact that Monson had collected the entire amount through accounts held by other people may prove critical when the case reaches the trial stage.

While names and pictures of many celebrities have emerged, till now there has been no specific evidence proving their involvement in his frauds though the CB will probe whether any such evidence exists.

Though much is made about his allegedly fake antique collections, the CB may have little to do with them since one cannot be held accountable for possessing antiques, original or fake, it is being pointed out.

Most of his collections were reportedly cheap knock-offs procured locally. At least in one instance, an idol of Lord Ganesh, which the accused had exhibited at his home at Kaloor claiming to be from the 19th century, was reportedly created by a local sculptor who is now fighting for his payment.

Even the premium cars that dotted the portico in front of his home were reportedly used ones and sold relatively cheap by their owners in metro cities. He used them for impressing gullible victims.

Meanwhile, further drama unfolded when Monson complained of discomfort ahead of being taken to the court and had to be rushed to the Ernakulam General Hospital. Though he was reportedly found to have high blood pressure, he was eventually taken to the court after observation at the hospital for a while.