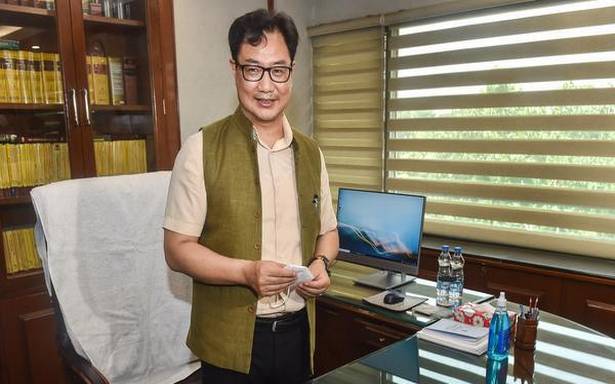 Communist Party of India-Marxist (CPI-M) MP John Brittas moved a privilege motion against the Law Minister Kiren Rijiju for a misleading reply to a question raised by him on the filling up of vacancies in the High Courts.

Mr. Brittas in a starred question in the Rajya Sabha had asked the Law Minister to provide details of the number of High Court judges recommended by the Supreme Court collegium for appointment during the last one year, and how many of these recommendations had been implemented.

In response, Mr. Rijiju informed the house that out of 80 recommendations by the SC collegium between July 1 2020 to July 15, 2021, only 45 of had been appointed as judges and the remaining were “under various stages of processing”. The Minister had pointed out that filling up vacancies in the higher judiciary was a continuous, integrated and collaborative process between the Executive and the Judiciary, requiring consultation and approval from Constitutional authorities at the State as well as Central level. No timeline could be given for filling up the vacancies, he had said.

Mr. Brittas in a letter to Rajya Sabha Chairman Venkaiah Naidu said that the reply given by the Minister was “in contravention of the order of the Hon’ble Supreme Court”. The apex court has said, “If the Supreme Court collegium after consideration of the aforesaid inputs, still reiterates the recommendation(s) unanimously, such appointments should be processed and appointment should be made within 3 to 4 weeks.”

Mr. Brittas further said it had been reliably learnt that many proposals reiterated by the collegium were pending with the government “well beyond the stipulated time frame given by the Hon’ble Supreme Court”.