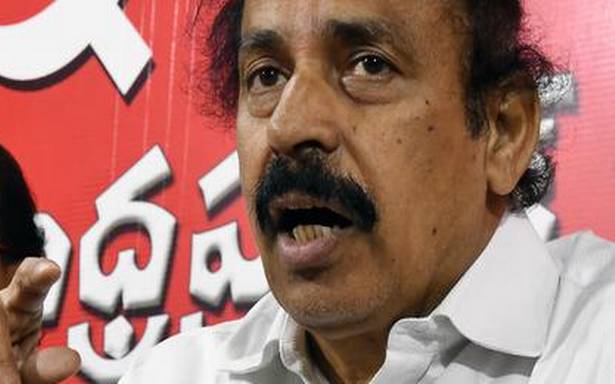 The State government should initiate steps to fill up 2.5 lakh vacancies in the state, says K. Ramakrishna

The Communist Party of India (CPI) state secretary K Ramakrishna has alleged that the Chief Minister Y.S. Jagan Mohan Reddy betrayed the unemployed youth by asking the officials to include job notification issued by the Andhra Pradesh Public Service Commission (APPSC) also in the job calendar.

“At this juncture, the government issued notification to fill up 1,180 posts. The government also wanted it to include the same in the job calendar which was already released. It was nothing but betrayal, Mr. Ramakrishna said, adding, the government should initiate steps to fill up 2.5 lakh vacancies in the State”.