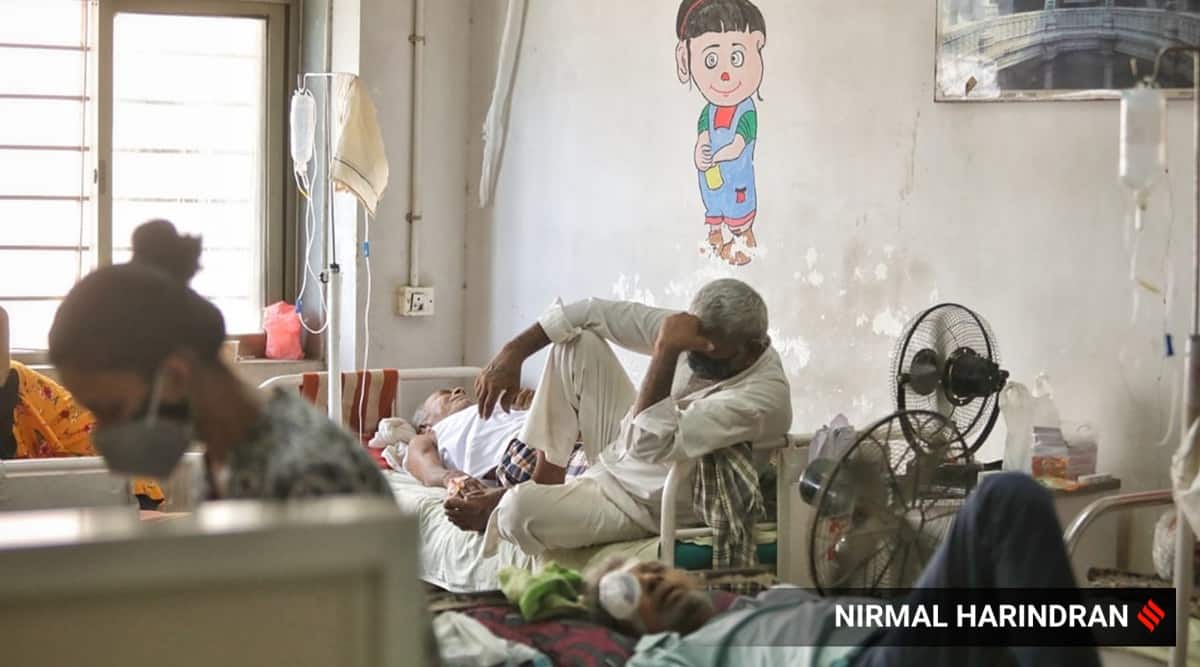 Coronavirus India Live Updates: The Rajasthan government has cancelled the Class 10 and 12 exams of the Board of Secondary Education Rajasthan “apprehending a third wave of the pandemic”. “In view of the apprehensions of the third wave of Covid-19, it has been decided to cancel the Class 10 and Class12 board examinations of Rajasthan Board of Secondary Education (RBSE) in the meeting of Rajasthan Council of Ministers today in the interest of students. A decision regarding the marking scheme will be taken soon,” Education Minister Govind Singh Dotasra Dotasara tweeted.

Rajasthan’s decision to cancel board exams came a day after the Central Board of Secondary Education’s announcement to scrap Class 12 final exams.

Meanwhile, saying that there is a “tearing emergency” to fast-track approvals and “handhold” vaccine manufacturers in the country, the Delhi High Court on Wednesday said some people need to be “charged with manslaughter” for sitting on the “untapped potential” of Covid-19 vaccine manufacturing. “What answer will you give for the loss of lives because of lack of vaccines?” the court asked the Centre in another strong indictment of its vaccine policy.

India recorded 1,32,788 new coronavirus cases and 3,207 deaths on Tuesday. With over 26,500 cases, Tamil Nadu was the biggest contributor to the country’s daily caseload. Active cases reduced by more than a lakh. The total number of active cases stands at about 17.93 lakh right now.

With the addition of 568 new cases of coronavirus, the infection count in Maharashtra’s Thane district has reached 5,18,831, an official said on Thursday. Besides these new cases reported on Wednesday, the virus also claimed the lives of 44more people, pushing the death toll in the district to 9,332. The Covid-19 mortality rate in Thane is 1.79 per cent, he added.

Details of recovered and under-treatment patients were not provided by the district administration. In neighbouring Palghar district, the Covid-19 case count has gone up to 1,10,708, while the death toll has reached 2,105, another official said. (PTI)

Delhi Sikh Gurdwara Management Committee says it donated more than 20 kg gold and silver from its reserves for setting up of 125-bed Covid-19 hospital in national capital. (PTI)

As more states joined the chorus for free universal vaccination by the Union government, the demand gained political momentum Wednesday with the Kerala Assembly unanimously passing a resolution that the Centre should make vaccines available free of cost to all states in a time-bound manner.

The resolution moved by Kerala Health Minister Veena George said the most suitable preventive step against the pandemic was universal vaccination, but asking states to procure vaccines from the open market was “highly objectionable”. Read more

The Kerala government has added bed-ridden patients above 18 years of age, Hal pilgrims, all above 18 in tribal colonies, volunteers working on the field, police trainees, judicial officers and staff of the High Court and subordinate courts, among others in the priority group for Covid-19 vaccination. (ANI)

At a time when Air India’s pilots have repeatedly demanded vaccination for crew and their families, it has emerged that at least five senior pilots with the national carrier succumbed to Covid during May.

Tiwary, 37, died on May 30 and was a first officer on the Boeing 777 aircraft. All of them were operating wide-bodied aircraft being flown for overseas flights, and were a part of Vande Bharat Mission. (Read Pranav Mukul's report)

More than 2,000 Uttarakhand Police personnel tested positive for Covid-19 in the second wave and 93 per cent of them had received both doses of the vaccine before contracting the infection, according to data shared by authorities.

The data, which was shared on Tuesday, says 2,382 policemen tested positive while they were on duty between April and May. Among them, 2,204 have already recovered while five deaths were reported. According to the data, two of the five policemen who died had comorbidities. The other three were not vaccinated. (Read Lalmani Verma's report) 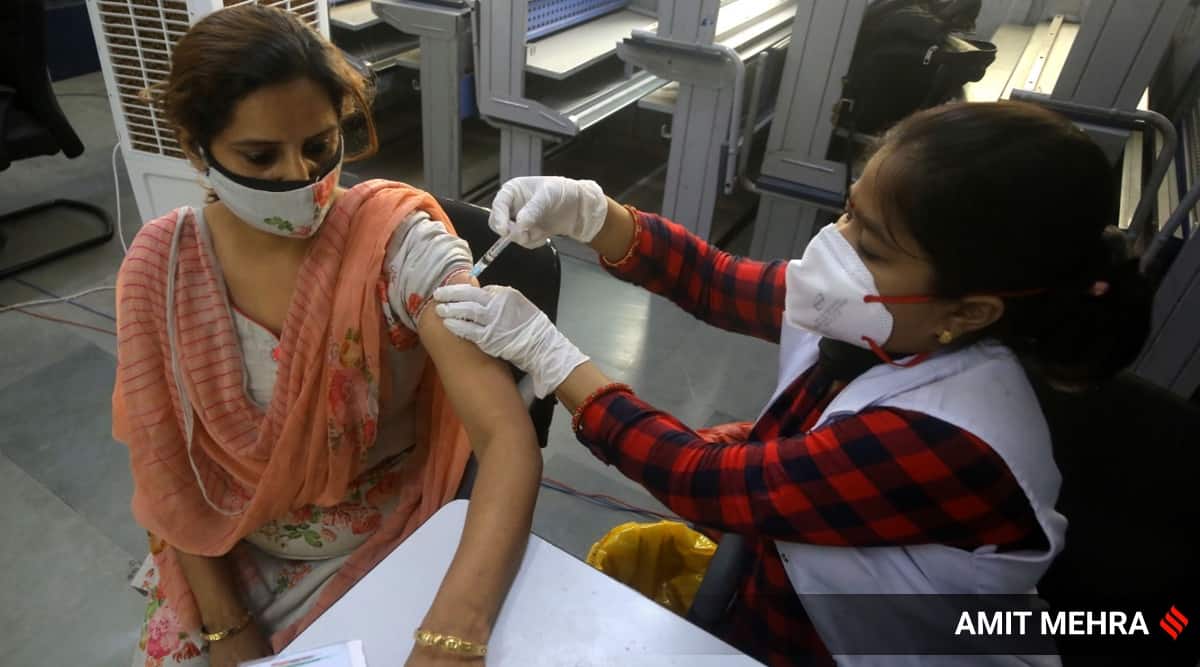 A health worker administers a dose of the Covid-19 vaccine in New Delhi on Wednesday. (Express Photo: Amit Mehra)

Underlining that “our Constitution does not envisage courts to be silent spectators when constitutional rights of citizens are infringed by Executive policies”, the Supreme Court said Tuesday that the Centre’s policy of arranging free Covid-19 vaccine jabs for the 45-plus age category, Health Care Workers (HCW) and Front Line Workers (FLW) while asking the 18-44 age group to pay for the vaccination by state and Union territory governments and private hospitals was “prima facie arbitrary and irrational”.

Directing the Centre to “undertake a fresh review of its vaccination policy addressing the concerns raised”, the bench of Justices D Y Chandrachud, L Nageswara Rao and S Ravindra Bhat — the order in the suo motu matter of Covid-19 management heard May 31 was uploaded Tuesday — sought detailed information in the form of an affidavit in two weeks.

As more states joined the chorus for free universal vaccination by the Union government, the demand gained political momentum Wednesday with the Kerala Assembly unanimously passing a resolution that the Centre should make vaccines available free of cost to all states in a time-bound manner. The resolution moved by Kerala Health Minister Veena George said the most suitable preventive step against the pandemic was universal vaccination, but asking states to procure vaccines from the open market was “highly objectionable”. 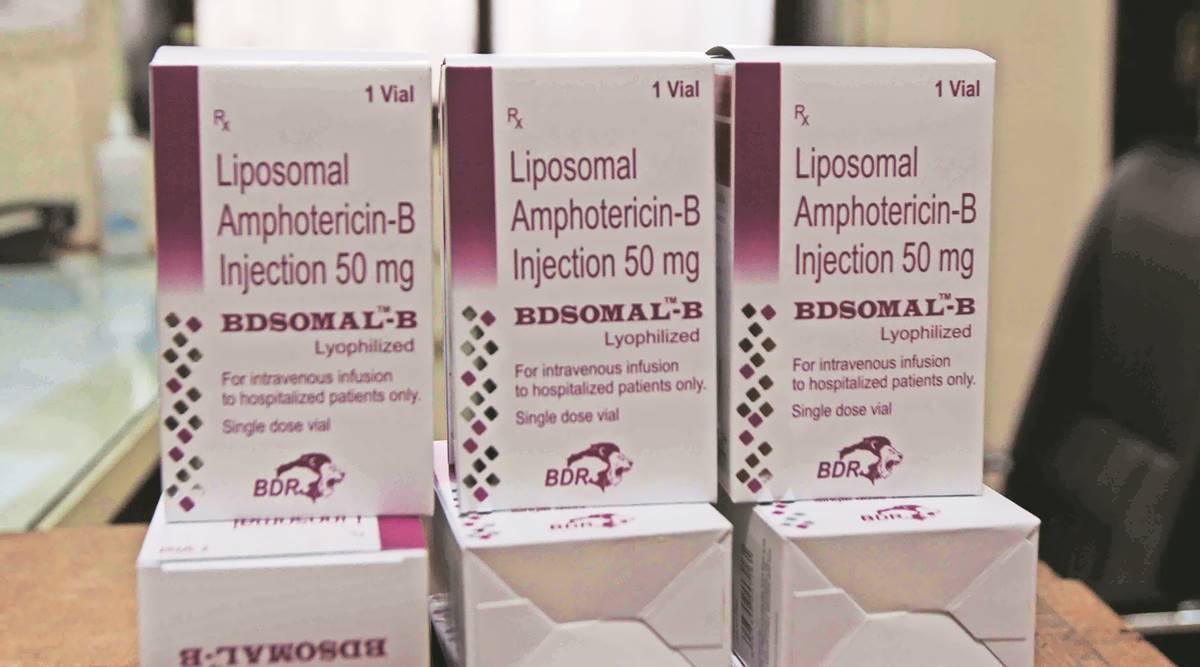