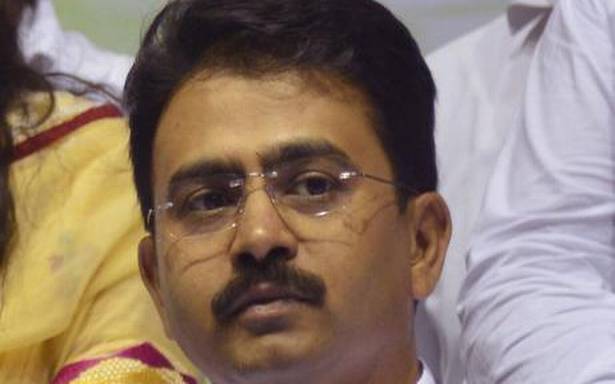 Senior Congress leader and Rajya Sabha MP Rajiv Satav, who tested positive for COVID-19 last week, is on ventilator support at a private hospital in Pune city after his health deteriorated, said medical authorities on Thursday.

The 46-year-old Mr. Satav, a member of the All-India Congress Committee (AICC) and considered a mainstay of his party in the State’s Vidarbha and Marathwada regions, had tested positive on April 22. He was later admitted to the city’s Jehangir Hospital. He has been on ventilator support since yesterday after his condition worsened, said doctors at the hospital.

“He has been in the ICU since the past four days and was moved to ventilator support yesterday. A team of doctors are monitoring his condition. He has already been administered both Remdesivir and Tocilizumab,” said Dr. S.S. Gill, Medical Director, Jehangir Hospital.

Minister of State Vishwajeet Kadam, who is the Congress MLA from Palus-Kadegaon (in Sangli) who is monitoring the situation, visited the hospital today.

“He was responding well to treatment and was in good health till April 25, after which, as per doctors, he developed some complications. Mr. Satav was moved to the intensive care unit (ICU) on April 25 and has been on ventilator since April 28,” Mr. Kadam said, speaking to reporters later.

He stressed that even though Mr. Satav was on ventilator support, the MP was a man of strong will power.

“He is responding well to treatment and I hope he stages a complete recovery soon,” said Mr. Kadam.

Mr. Satav had won the Hingoli Lok Sabha constituency in the 2014 general election by defeating then Shiv Sena leader Subhash Wankhede in a hotly contested battle.

Commenting on his health, Maharashtra Revenue Minister and senior Congressman Balasaheb Thorat said that while there had been a discussion of whether or not to move Mr. Satav for treatment to Mumbai’s Lilavati Hospital, no decision has yet been taken on that count.