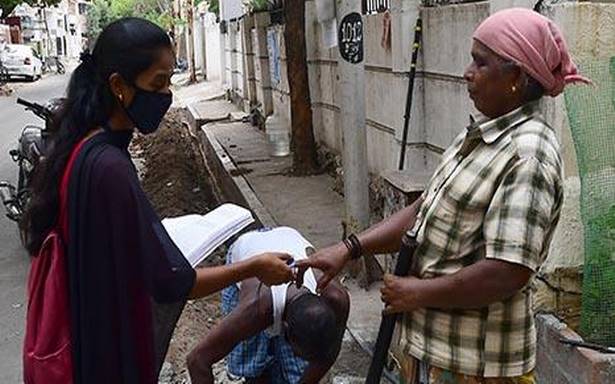 Strategy being discussed to work out a vaccination strategy

The Greater Chennai Corporation is readying a task force along with a vaccination strategy to handle a third wave of the pandemic, if any, in the city.

Chennai district, which witnessed daily COVID-19 positive cases touching nearly 7,500 during the middle of May, is seeing fewer than 2,000 cases.

However, senior officials of the civic body point out that the battle against the pandemic is far from over and it is essential to have a team in place to tackle future waves.

Corporation Commissioner Gagandeep Singh Bedi said that even as the civic body was engaged in fighting the pandemic, a plan was being readied in the background for a possible third wave.

Mr. Bedi said as part of the prevention plan, a task force would be announced shortly.

The Commissioner said vaccination strategy and other preventive mechanisms were being worked out.

Going by the data of the daily positive cases published by the civic body, five zones, including Ambattur, Anna Nagar, Teynampet, Kodambakkam and Adyar, have remained hotspots in both the first and second waves. Ambattur and Anna Nagar, in the second wave, touched an all-time high with more than 5,000 cases, with Anna Nagar having the highest at 5,270 cases on May 20.

A senior official of the Health Department in the civic body pointed out that they were aware that the five hotspot zones in the city were densely populated zones having more than 43% (34 lakh) of the population of the city (78 lakh). These zones were also hubs of commercial activities.

The senior official said as these zones had high commercial activities there is also bound to be a large floating population causing the pandemic to spread faster.