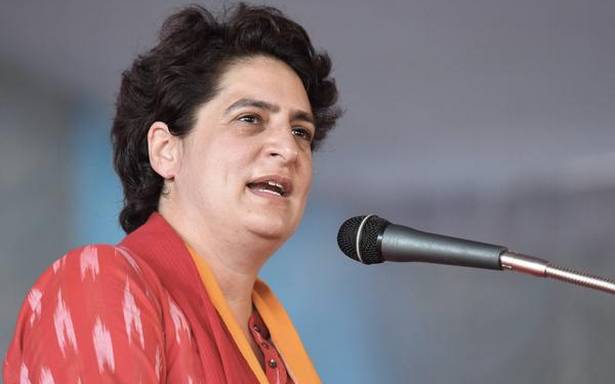 Congress reiterates demand of ‘one nation, one price’ for vaccines

The Congress on Wednesday criticised the Centre over differential pricing of the Covishield vaccine, with former Union minister Jairam Ramesh calling it “atrocious” that the Centre could procure it for ₹150 per dose but States would have to pay ₹400 per dose.

While former Finance Minister P. Chidambaram posed a series of questions on Twitter, party general secretary Ajay Maken, at an online press conference, charged the Narendra Modi government of reducing India from being “a vaccine leader to a vaccine beggar”.

Former Congress president Rahul Gandhi tweeted, “India still has no Covid strategy. Exporting oxygen & vaccines when our own people are dying is nothing short of a crime.”

The party lashed out at the Modi government for not preparing for the second wave. Congress general secretary Priyanka Gandhi Vadra, in an interview to news agency ANI, said, “This government can speak to ISI. They are speaking to ISI in Dubai. Can’t they talk to Opposition leaders? I don’t think there is any Opposition leader who is not giving them constructive and positive suggestions…The government needs to be sensitive at this time the Prime Minister needs to show up, he needs to get off the stage of the rally where he is laughing and cracking jokes. He needs to come here, sit in front of people, talk to them and tell them how is he going to save lives.”

“Manmohan Singh-ji was Prime Minister for 10 years. Everyone knows how dignified a person he is. If he is giving suggestions when the nation is facing a pandemic, then suggestions should be taken up with the same dignity with which they were offered,” she added.

Ms. Vadra flagged off the issue of shortage of vaccines because of “the Modi government’s PR exercise”, lack of planning to ensure smooth supply of oxygen despite India being its largest producer, and allowing export of critical drugs like Remdesivir as well as oxygen.

The party also sharply reacted to the announcement by the Serum Institute of India (SII) on vaccine pricing. Mr. Ramesh tweeted, “The Central government will continue to pay ₹150 per dose for Covishield. State governments will now be charged ₹400 a dose. This is not cooperative federalism. This will bleed dry the already reeling State finances. Atrocious. We demand One Nation, One Price for Centre and State governments.”

“Who will pay the ₹400 for one dose in government hospitals? The State government or the beneficiary? How many persons between 18 and 44 years can afford to pay ₹400 per dose? Will the beneficiary be burdened with the cost ? How many States would be willing to pay the price of the vaccine and subsidise the people?” asked Mr. Chidambaram.

Attacking the government over the shortage of oxygen, Remdesivir and other equipment at his press conference, Mr. Maken said the Centre must deploy the National Investigation Agency and the Enforcement Directorate against traders who were resorting to the black marketing of life-saving drugs. The Congress leader also reiterated the party’s demand to transfer ₹6,000 per month to poor families during lockdown or curfew.