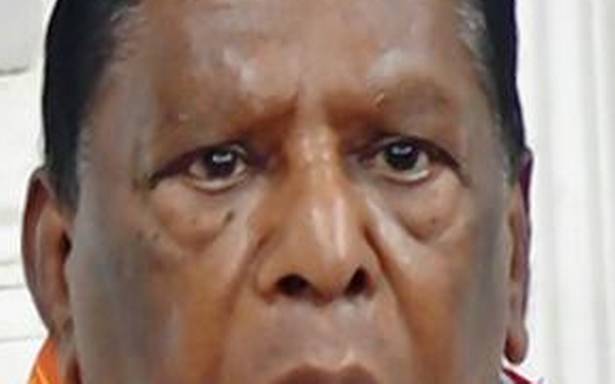 Former Chief Minister V. Narayanasamy on Tuesday said the consolidation of Opposition unity against the Bharatiya Janata Party is certain after some initiatives taken by the Congress party.

In a virtual press conference, the former Chief Minister said the unity was borne out by the fact that 19 political parties had come together at a meeting convened by Congress president Sonia Gandhi.

The recent initiatives by Ms.Gandhi and party leader Rahul Gandhi showed that there was a united opposition against the BJP, he added.

During the recent Parliament session, the parties opposed to the policies of the BJP raised issues such as alleged snooping, fuel price hike, unemployment and undemocratic style of functioning of the government.

Criticising the announcement of Finance Minister Nirmala Sitharaman regarding the privatisation of 13 sectors, the former Chief Minister said the Centre had planned to sell the assets of the public sector undertakings to the private sector. The move would render hundreds of people jobless and cripple the economy.

Stating that the scheme went against the interest of the country, he said the scheme would favour only big corporate entities such as Reliance and Adani. Mr. Narayanasamy also said he was in favour of a caste-based census.