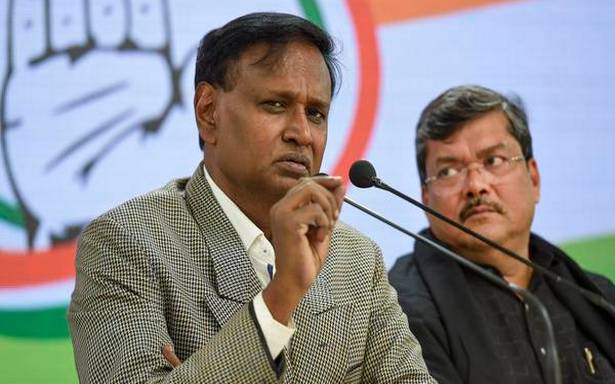 The Congress on Wednesday accused Delhi Chief Minister Arvind Kejriwal of betraying auto drivers for not helping them during the pandemic.

Congress leader Udit Raj said the same people at the back of whose support he had come to power will expose him. Mr. Raj, also the chairman of All India Unorganised Workers and Employees Congress, said the party along with auto and van drivers will stage a “big” protest outside the CM’s residence in New Delhi on January 10.

The former MP said these drivers had campaigned for Mr. Kejriwal but he forgot to take care of them “in these tough times”.

He said the auto, van, and bus drivers are on the verge of bankruptcy.

He said there are around 50 lakh auto, bus, and van drivers in the Capital, including Ola and Uber drivers, who have been left to fend for themselves.

"(Mr.) Kejriwal, who came to power with their help, has betrayed them all and has done nothing for them. There are heavy fines on them and no relief has been given to them during the pandemic," Mr. Raj told reporters here.

School cabs are sitting idle for two years, their drivers are starving, and none of them has been given any ex-gratia or payment of ₹5000 as promised, he said.

"The taxi drivers in Delhi are being exploited by way of fines and Arvind Kejriwal is saying in Punjab and in Goa that he will make taxi boards. No Taxi board has been set up in Delhi," he said.

"An ultimatum was given that if the demands of transport unions are not accepted by January 4, we will take further action.

“There will be a massive protest on January 10 and we will hold a huge demonstration outside Kejriwal’s residence," Mr. Raj said, adding that they will also campaign and expose him in Punjab, Goa and Uttarakhand.

They said many people have left Delhi and have been forced to shift their children to villages due to less work.