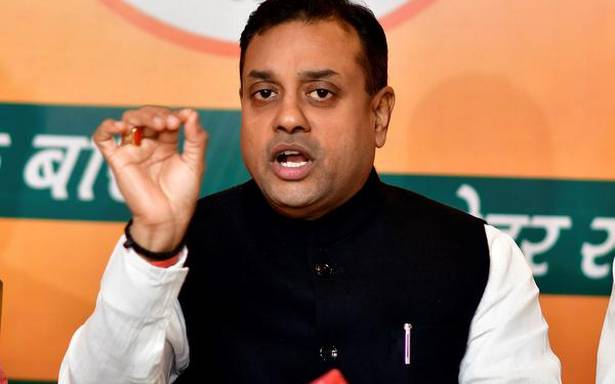 The Congress has been trying everything to “provoke” people to cause violence, BJP spokesperson Sambit Patra said

The BJP on October 6 accused Rahul Gandhi of trying to fan unrest over the Lakhimpur Kheri incident, alleging that the Gandhi family is using the tragedy as an opportunity to derive political mileage as it has been facing questions from Congress leaders.

Hitting back at Mr. Rahul Gandhi after the Congress leader launched a sharp attack on the government, BJP spokesperson Sambit Patra said “irresponsibility” has become his second name.

The Congress has been trying everything to “provoke” people to cause violence, he added.

With the BJP government in Uttar Pradesh not allowing many Opposition leaders to visit Lakhimpur Kheri, Mr. Patra said maintaining peace is the top priority.

The U.P. police has detained Congress leader Priyanka Gandhi Vadra, who wanted to go to the site of Sunday’s violence and meet families that lost loved ones.

Mr. Patra also took a swipe at Mr. Rahul Gandhi over his allegation that there is no democracy in the country and dictatorship prevailed, noting that he had never faced protests from BJP workers for his press conferences, while Congress members threw tomatoes and agitated outside their leader Kapil Sibal’s residence for his critical comments about the party’s functioning.

“There is democracy in the country and that is why you are holding the press conference,” he said.