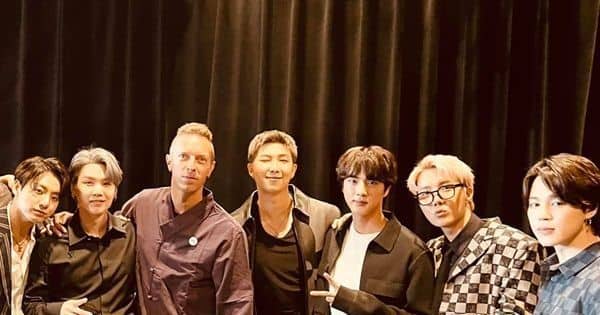 It was definitely one of the most memorable moments between Coldplay lead singer Chris Martin and the BTS members RM, Jin, Jimin, Jungkook, J-Hope, V and Suga. Chris flew all the way to South Korea to record the song in person to add more sincerity to the song. And it was this time when the two iconic music groups met each other for the first time. You wouldn’t believe but Chris was actually a little nervous while recording their single My Universe in their maiden collaboration.

In the Coldplay X BTS Inside ‘My Universe’ Documentary, Chris shared how it was so special for him to meet the Bangton Boys amid the COVID-19 safety concerns. He admitted that he was nervous to meet the K-Pop band members since he had not met them ever before.

“We’ve been very lucky with people allowing us to come in just to record, and it was quite a stressful journey. And I was a little nervous here. I’ve never met BTS before,” Chris Martin said in the documentary.

In the same documentary, we can also see Jungkook admitting to feeling pressured to record My Universe in front of Chris Martin and was worried that he will mess it up. As the recording process began, the BTS band members were seen recording their individual parts while Chris Martin looked on. And it was this moment when Jungkook felt some kind of pressure to record his part.

“Feels like when I first debuted. Chris Martin will be directing my performance, and I’m worried I’ll mess up,” Jungkook said in the documentary. Despite being nervous, Chris was impressed by Jungkook’s part and praised him. “Please tell JK he’s so impressive,” Chris told Big Hit Music staff. And when Jungkook learnt about it, he yelled, “Thank you!”

Coldplay had revealed earlier that there is a list of three upcoming releases that fans should keep an eye on. “Two days until the release of ‘My Universe’ by Coldplay x BTS — and we can tell Coldplayers and the ARMY are as excited as we are! Here are some #MYUNIVERSE dates for your diary,” their label wrote on their Instagram Stories with a flyer of the important dates.