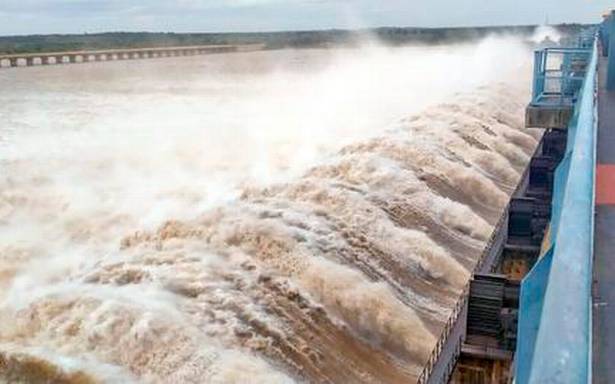 Officials told not to go on leave

In the wake of heavy rain across the State, Chief Minister B.S. Yediyurappa on Friday reviewed the situation in six flood-ravaged districts of Belagavi, Uttara Kannada, Shivamogga, Haveri, Chikkamagaluru, and Dharwad and instructed Deputy Commissioners and other officials to work round the clock and take all precautionary steps predicting rainfall and floods for the next 48 hours.

The Chief Minister instructed officials to shift people located in flood-hit villages to safer places immediately. They have been told to deploy NDRF and SDRF teams to districts which require them.

Officials have been instructed not to go on leave and submit proposals to the government if they need financial aid to undertake relief work. They have also been directed to keep ready helicopters and open relief centres. Earlier in the day, Mr. Yediyurappa tweeted: “I direct all district in charge Ministers and MLAs to be present in their districts and constituencies to oversee relief efforts being carried out by district administrations.”