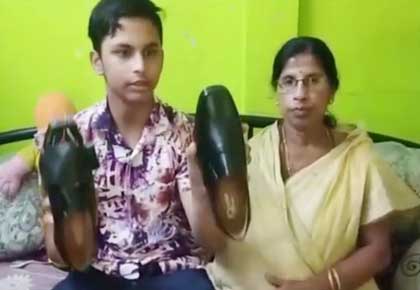 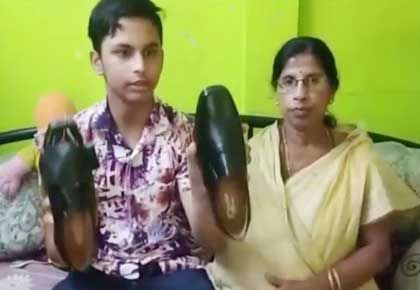 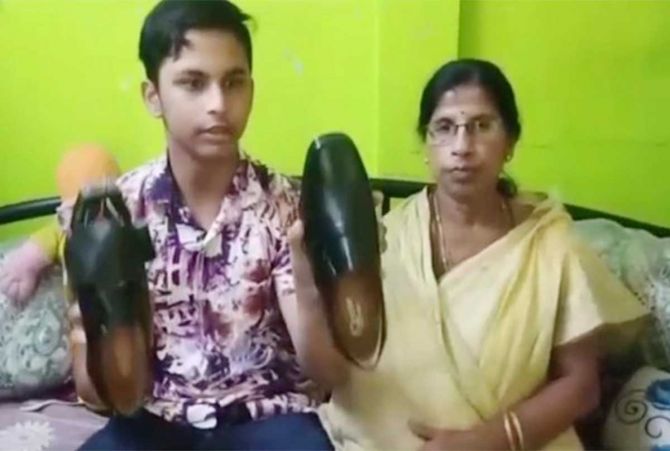 A vegetable vendor’s daughter who plays hockey for India.

An army aspirant who ran 350 kilometres.

A Holi celebration that became part of India’s freedom movement.

These are just some of the videos in our weekly round-up, chosen by you, through your likes on iShare.

He’s only in Class 9, but his imagination, and his desire to help people, already has no limit.

Meet Ankurit Karmakar from Karimganj, Assam, who has designed a smart shoe that helps the visually impaired keep a safe distance from any obstacle in their path.

In the last two years, COVID turned our lives upside down.

But it also brought unexpected benefits — one of those was the gift of time that allowed us to explore our hidden talents and abilities.

It was during the lockdown, for example, that Vanshika Rathore, an artist from Jabalpur, Madhya Pradesh, discovered she could make interesting sculptures out of waste material.

“It’s called scrap metal art,” she says. “I use parts of cars, and bikes to make sculptures.”

The end result of her effort, as you can see, is pretty amazing.

Kanpur’s Holi celebration is unique and has its roots in the freedom movement.

In 1942, explain the city’s elders, the British officer in charge of the city banned the use of colours during Holi.

A group of youngsters from Kanpur’s Hatia locality revolted under the leadership of Babu Gulab Chandra Seth. When they were jailed, an angry Kanpur decided that the Holi festivities would continue until they were released.

As a result, the youngsters came out of prison in a few days. And the city once again played Holi in celebration.

The week-long Holi remains a tradition to this day and is a strong thread that continues to bind the Hindu and Muslim community together.

They are nasty and they are slimy. But they are healers as well.

Leech therapy — a traditional form of healing — continues to be popular among people in Kashmir, as witnessed by the number of camps currently being organised by various Unani doctors and practitioners.

According to a specialist, leeches can cure frostbite, skin disease, arthritis, uric acid problems and other blood infections as they suck out impure blood from the body.

Spring, incidentally, is considered to be the best season for leech therapy.

For 19-year-old Mumtaz Khan, it was not an easy dream to hold on to.

She wanted to play hockey for India. But her impoverished condition — her father is a vegetable vendor — made it seem impossible.

But there are people like her to continue to persevere.

“I feel very proud that my daughter is playing for the country,” says her mother. “We are getting a lot of respect because of her.”

Suresh Bhichar ran 350 kilometres from his home in Nagaur, Rajasthan, all the way to Delhi.

He ran because he had a point to make to the Indian Army.

“I am 24 years old already,” he explains. “I am passionate about joining the Indian Army, which has not been recruiting since two years.”

In Delhi, he participated in a protest against the delay in the recruitment process.

“Youth like me in Nagaur, Sikar, Jhunjhunu — who want to join the army — are getting old,” he says.

Hrithik Roshan has found love again, if social media, the paparazzi and his own public appearances are to be believed.

The chamak in Duggu’s eyes is his girlfriend, actor-musician Saba Azad.

But what, we wonder, was he telling the photographers?