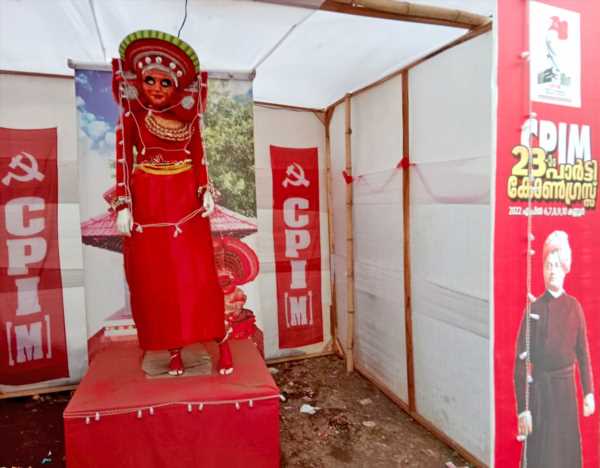 Leaders of the Communist Party of India-Marxist gathered last week in Kerala, the only state the CPI-M still rules today.

The CPI-M’s 23rd party congress was convened in Kannur in Malabar from where Kerala Chief Minister Pinarayi Vijayan hails.

A contributor wandered around Kannur on Sunday, the final day of the four-day CPI-M convention, and encountered some interesting images, which you can click on to view better. 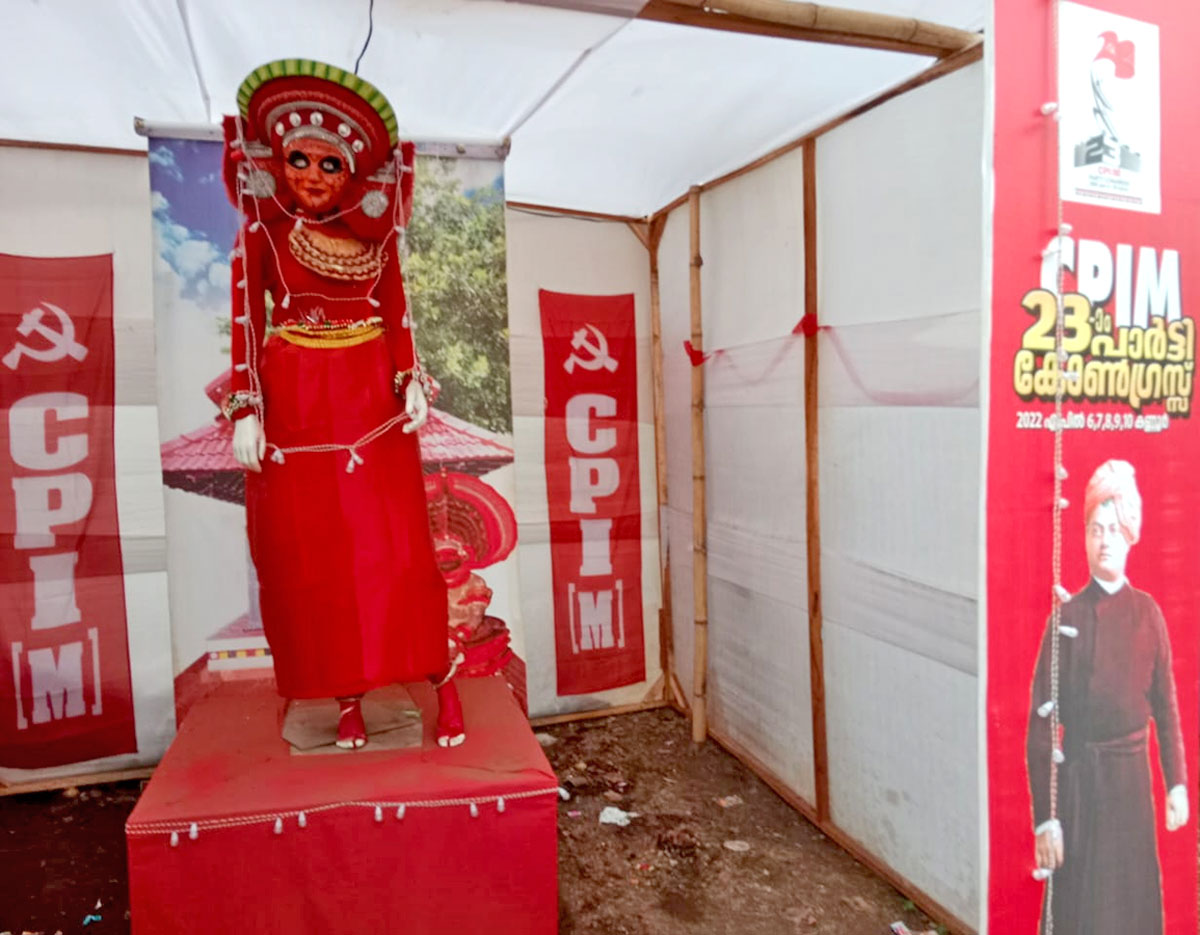 IMAGE: The mannequin represents the famous Theyyam tradition of Malabar, but our eye was caught by Swami Vivekananda alongside.
The BJP and its current supremo have long professed their admiration for Vivekananda. Interesting to see him on a Marxist tableau. What next? 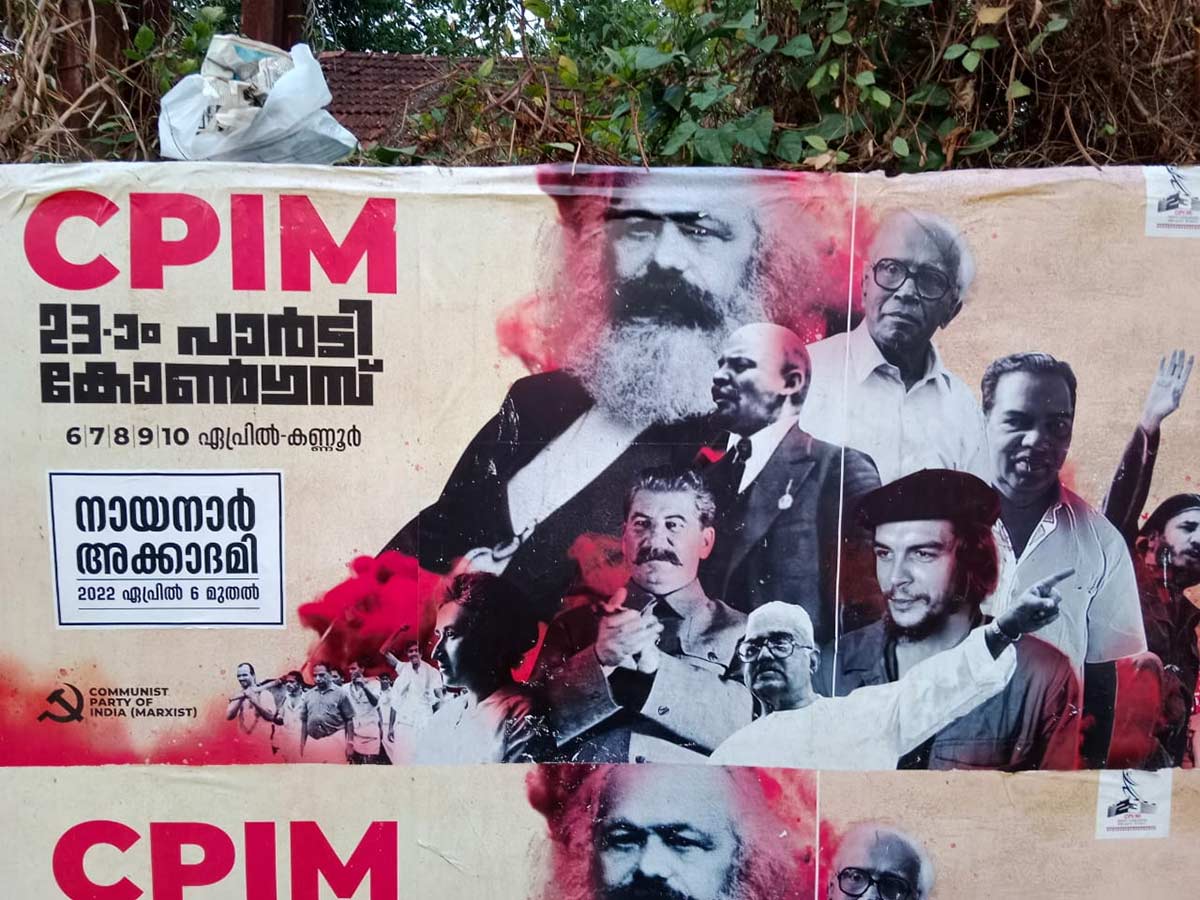 IMAGE: The icons the Marxists revere: Karl Marx, of course; Lenin; E M S Namboodiripad, who led the first democratically elected Communist government in the world (which Indira Gandhi brought down); A K Gopalan, the Marxist doyen in Parliament; Castro and Che, of course; E K Nayanar, the much loved Marxist chief minister of Kerala; Rosa Luxemburg, the Polish-German revolutionary who has a resemblance to Indira Gandhi.
And, why in the names of the millions he murdered, Stalin??!
The CPI-M must be the only Communist party in the world which still worships the late Soviet tyrant, who along with his Communist sibling Mao Zedong and his Nazi contemporary Adolf Hitler were the 20th century’s worst mass murderers.
Sadly, none of the trio faced justice for their crime against humanity.
Stalin and Mao, diminished old men, died in their beds; Hitler took the cowardly route of suicide before the Soviet army got hold of him. 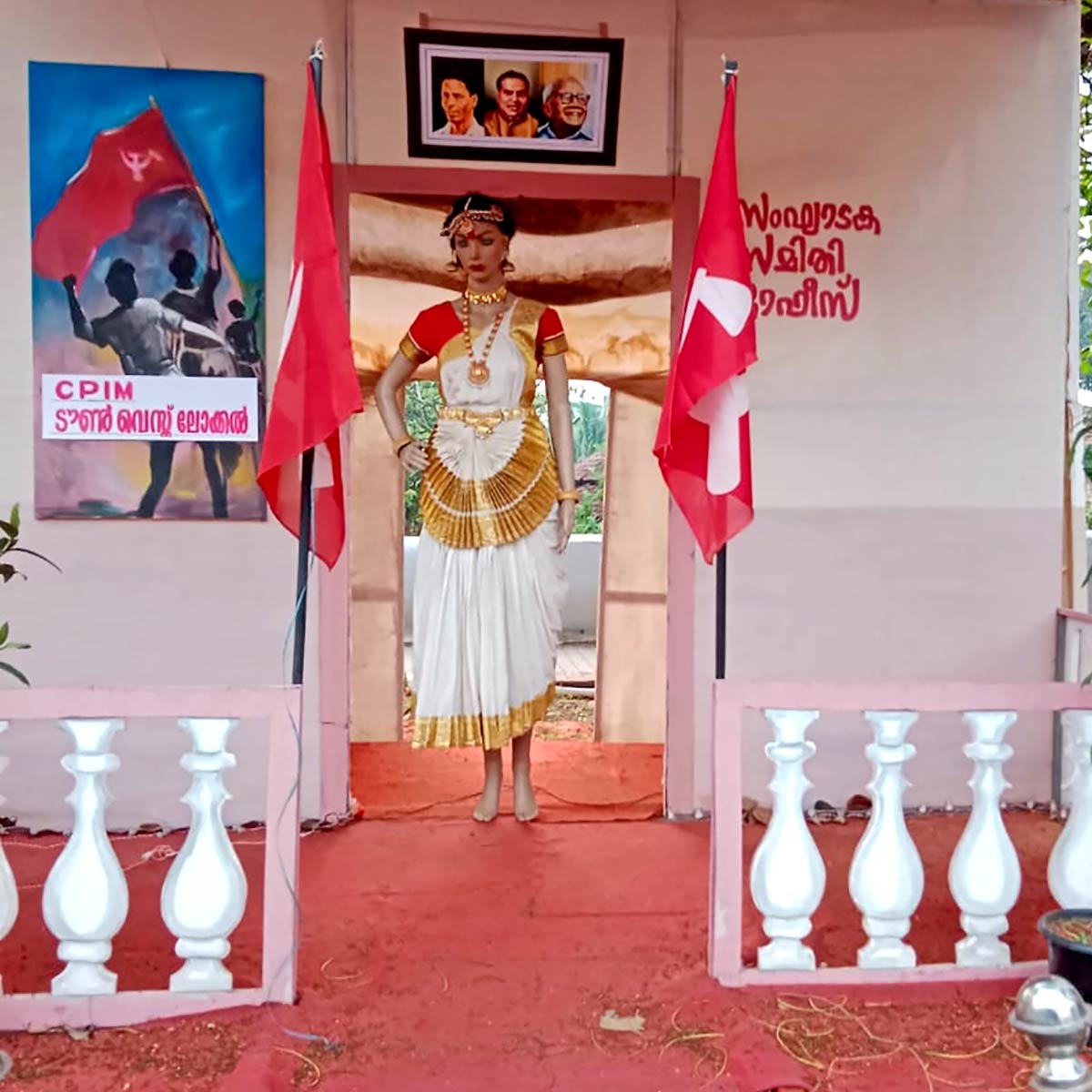 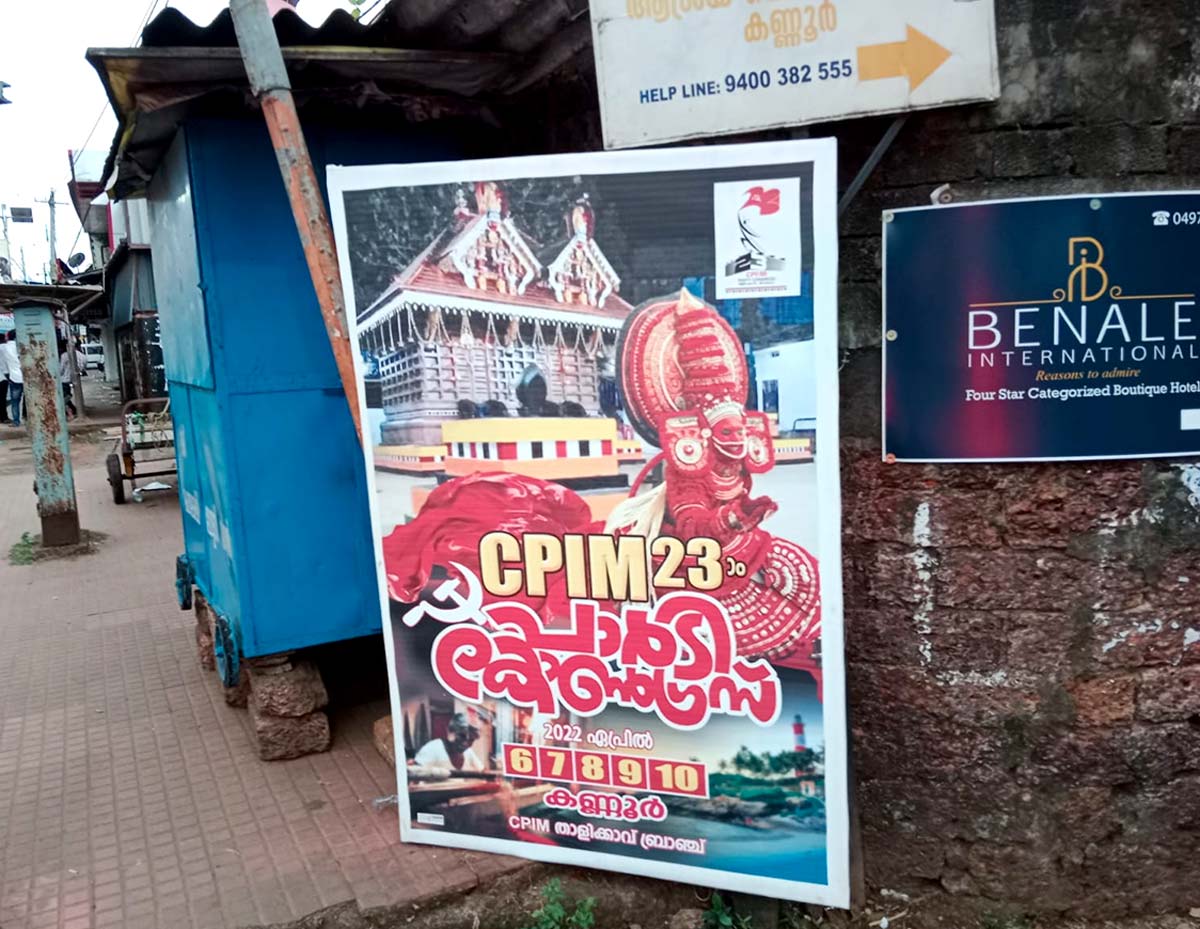 IMAGE: And Kathakali, of course, Kerala’s premier dance form, arguably more evocative than Japan’s Kabuki to which it has a resemblance.