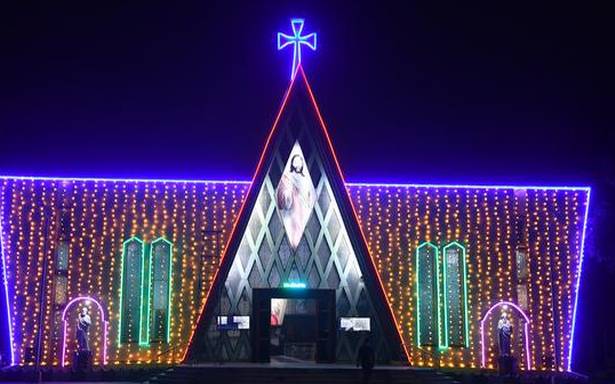 Many of them decide to host mass a few hours earlier

The cathedrals and churches belonging to various Christian congregations have been decked up to celebrate Christmas on the weekend. Most of the churches have already been illuminated setting off a festive atmosphere.

A variety of Christmas trees and cribs depicting the place of birth of Jesus Christ, a cattle shed, were set up on the premises of the churches as part of the Christmas tradition.

In view of the COVID-19 pandemic and the threat of the third wave due to the Omicron variant of the virus, several churches have decided to host Christmas mass a few hours earlier than usual. Every year the Christmas “midnight mass” is conducted during the intervening night of December 24 and December 25.

This year churches announced that prayers will begin starting at 9 p.m. or earlier and before midnight. Similar timings were followed last year due to COVID.