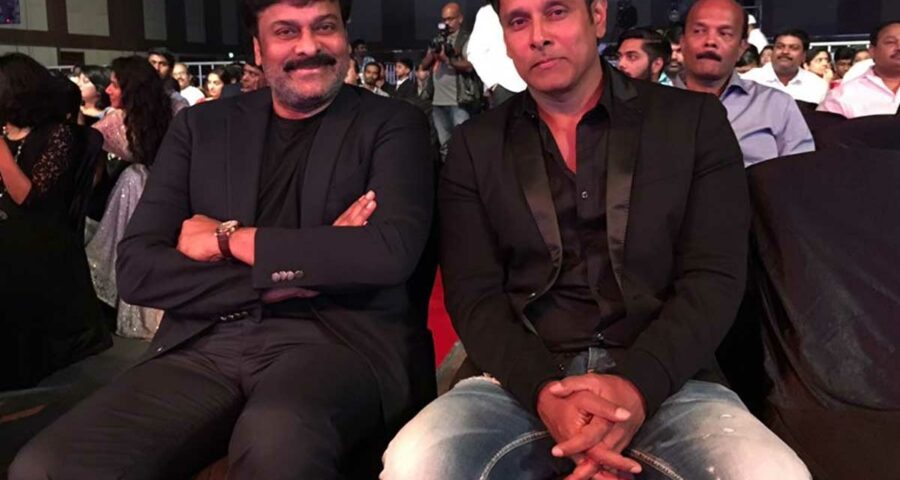 If ongoing buzz in the media and the film industry are to be believed, Tamil actor Chiyaan Vikram will be seen playing a cameo in Megastar Chiranjeevi starrer upcoming untitled Telugu film which is a remake of   Malayalam drama Lucifer. Earlier there was a strong buzz that the makers of Lucifer remake are in the plan to bring Bollywood actor Salman Khan on the board but the Kick actor did not show any interest to work in  Chiranjeevi starrer. That is the main reason the makers approached Chiyaan Vikram. If he gives the green signal, Vikram will be seen in Chiranjeevi starrer Lucifer remake which will be helmed by Jayam Mohan Raja.

Recently the makers commenced  the pre-production work of the film with a formal pooja ceremony, which took place on 22nd July in Hyderabad. Regular shoot of this remake is expected to start once Chiru wraps up his ongoing  project Acharya.

Chiru153 is bankrolled by NV Prasad and  Konidela Productions. The film was earlier taken up by Saaho director Sujeeth and VV Vinayak respectively. However, the duo walked out from this project due to reasons unknown.  It is also being heard that lady superstar Nayanthara has given her nod and once again she will be seen sharing the screen space with  Chiranjeevi.